According to Rock N Growl Promotion, Dutch heavy metallers LORD VOLTURE to release a new video podcast with footage of promo photos they took in September 2013 at a very special location of Westerborkin the northern parts of the Netherlands. The video can be viewed below.

It is a place with lots of history. During World War II the area served as a deportation camp. Nowadays the camp doesn’t exist anymore, but a museum and a monument in memory of the people who suffered and died in the Westerbork transit camp remain. Part of the terrain has been in use for astronomical observation since 1969 and harbours the Westerbork Synthesis Radio Telescope. The impressive site consists of fourteen antennas, each 25 metres in diameter, arranged on a 2.7 km East-Westline. 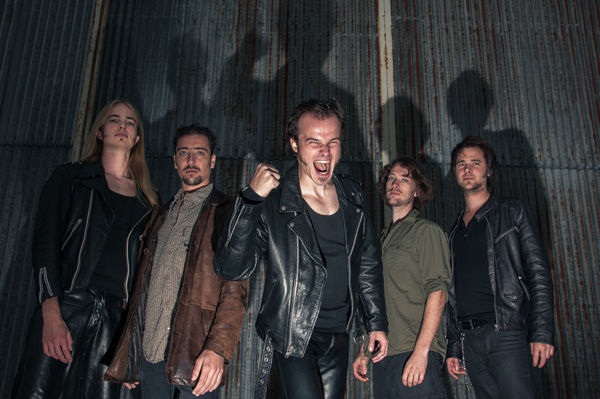 The photo’s was once again done by the talented hand of Bas Wijers, who was also responsible for our previous photoshoots, the cover artwork for the ‘Beast Of Thunder‘ and ‘Never Cry Wolf‘ albums, and the ‘Minutes To Madness‘ video clip.

Next week LORD VOLTURE will be going on tour in southwestern Germany, co-headlining three shows with prog rockers NICK HELLFORT. In the end of January the band travels to Denmark for another co-headline tour with Danish power metal colleagues SEVEN THORNS.

Pure and Unpolished Heavy Metal hailing from the Netherlands. For fans of Judas Priest, Iron Maiden and Iced Earth.