Interview With MICHAEL SCHENKER: “Our next album release is planned for early 2017”

Guitar legend Michael Schenker has an impressive pedigree of a career with Scorpions, UFO, Michael Schenker Group and is showing no sign of slowing down yet, still going strong with Michael Schenker’s TEMPLE OF ROCK, who released their second album “Spirit On A Mission” in March 2015.

Prior to Michael setting off on the next leg of his TEMPLE OF ROCK “Spirit On A Mission World Tour” next month, (along with the established line up of Doogie White on vocals, Wayne Findlay on seven string guitar and keyboards, Francis Buchholz on bass and Herman Rarebell on drums) I had a great but brief chat with Michael about the forthcoming European tour, including the UK in January 2016, amongst other topics. A couple of excerpts can be read below and the full chat can be listened to on the audio player:

Discussing the band and their plans, Michael revealed:

“We start our European tour the 22nd October and we’re filming in Madrid on the 19th a new DVD and that will be released in early 2016. By around March it’ll be the end of our Spirit On A Mission World Tour, then we’ll be getting down to business and recording our third Temple Of Rock album and the release is planned for early 2017. We have also planned something very special for the UK tour, but it’s not confirmed yet.”

Michael updated me on his new Dean guitars:

“I’m actually having a double necked arriving, my latest thing. And I have a black and red guitar which is my latest six string model, so for now that’s the latest stuff out there, I love working with them (Dean). I actually love changing guitars around – it’s fun going from one guitar to another and keeping the stage presence a bit more cheerful and colourful, I’m very into it.

I have to make sure it works the way I envision it, but I should start using it on this tour on the 22nd.” 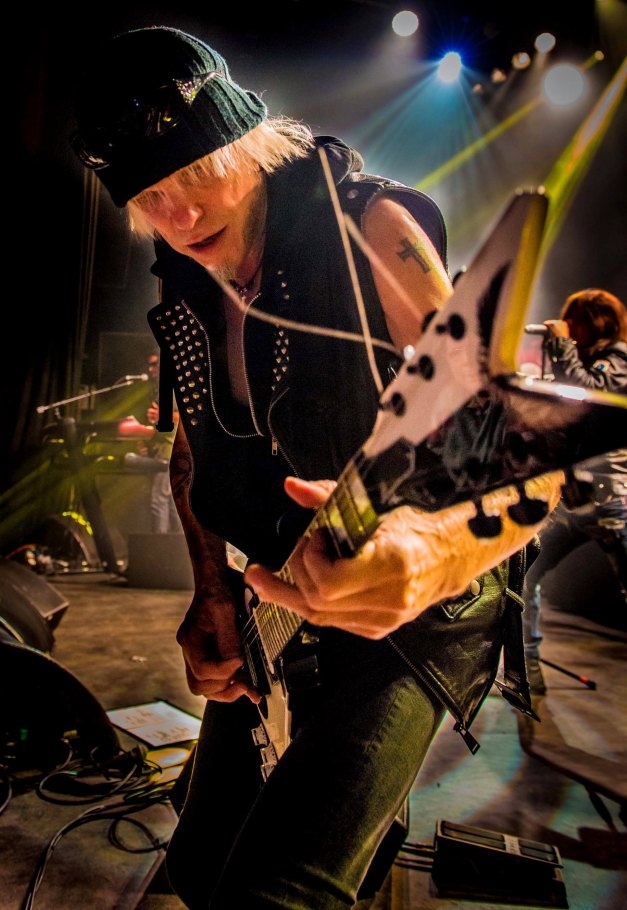 21 comments on “Interview With MICHAEL SCHENKER: “Our next album release is planned for early 2017””