Interview With Niklas Stålvind, WOLF: “The plan is to release the new album in August”

Metal Shock Finland Senior Manager Alison Booth recently spoke to Niklas Stålvind, front man of Swedish metallers WOLF, as part of the sixth anniversary celebrations of her Blackdiamond’s Metal Mayhem radio show. The chat was just a few days ahead of the band returning to the studio to start recording their next and eighth album, the follow up to 2014’s “Devil Seed”. The whole show can be heard here.

They discussed what WOLF has been doing the last few years, the recently announced UK tour set for March next year, Nik‘s role with THE DOOMSDAY KINGDOM and of course all the latest WOLF news, with exclusive details about the new album! Some excerpts from the chat can be read below, with the full interview on the audio player.

Discussing the next album, Niklas stated:

“It’s a bit rawer and rougher than the Devil Seed. The Devil Seed was a bit polished. I don’t wanna call it polished, it has a lot of depth to it, but it was also a kind of expensive sounding production.

This time we want to get back to the roots of the old school Wolf with the energy and rawness you know, but still keeping that depth. So this time, I tried to write deeper stuff, you know, simple, powerful songs and not overwork the demo and I’m really excited.

Also, I can tell you that one of the reasons this album has taken so long is because for me, song writing is my therapist, my shrink. And I had some really weird experience and dark period in my life that I never talked to someone about it, just put the lid on. And now, like twenty years later, I knew to get forward in life I really had to deal with these issues, that’s what these songs are about. I felt that I couldn’t really rush this process of writing the songs.

And also, there’s a lot of things going on in the world that the album deals with.

This album is not about just writing ten, twelve songs and record and get it out. It’s a bit deeper than that I think, at least for me, so that’s why it’s taken a while.”

On the new album, Niklas revealed:

“It’s not official yet but I can tell it to you – the plan is to release it in August. It depends on how well it goes in the studio, but I think it should be very easy to record it when we have things well planned out.

And everything is written already so we don’t have to sweat in the studio and come up with lyrics and melodies you know. The foundations of the songs are already there – I think it will actually be released after the summer as we plan.” 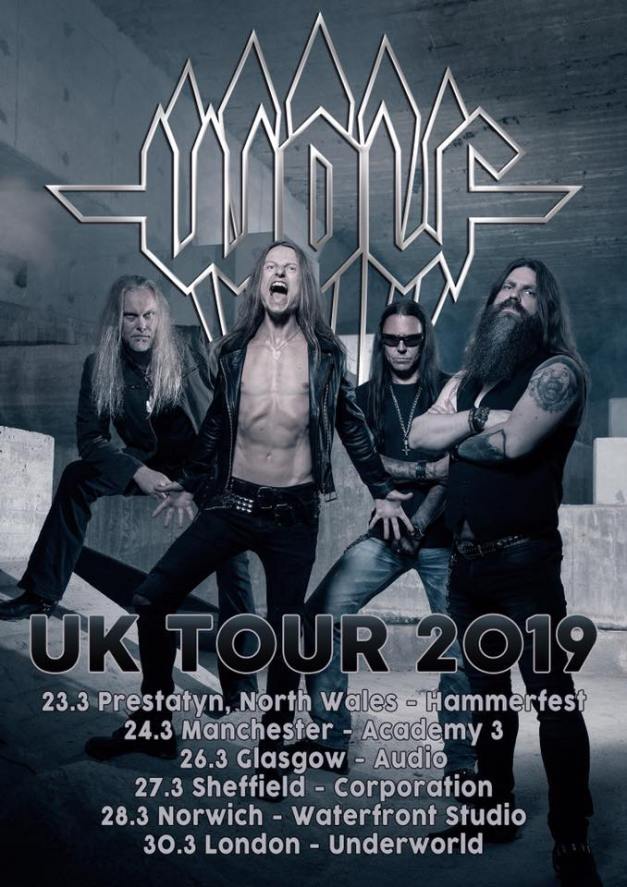 2 comments on “Interview With Niklas Stålvind, WOLF: “The plan is to release the new album in August””