FUELED BY FEAR To Main Support IN FLAMES In St.Petersburg And Moscow

Posted by tarjavirmakari on March 22, 2019
Posted in: Int. News, News. Tagged: FUELED BY FEAR, In Flames. Leave a comment

ALPHA OMEGA Management has a huge pleasure to announce that the Swiss Metalcore act FUELED BY FEAR are confirmed, as main support, for the Swedish death metal heroes, IN FLAMES on their tour in St.Petersburg and Moscow! See the shows and details below: 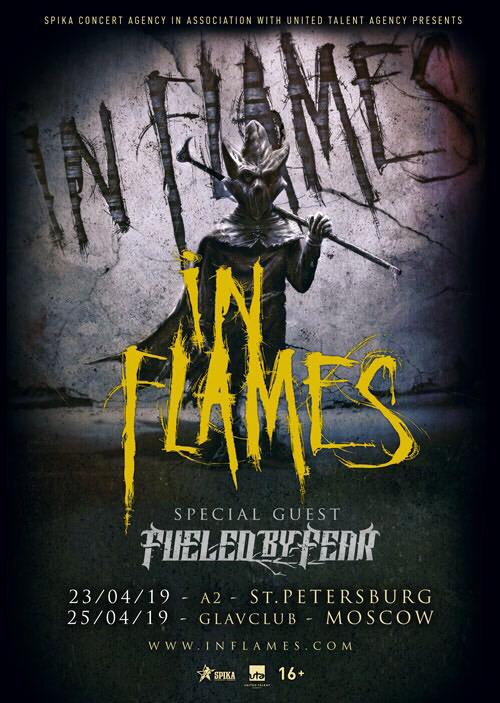 On February 11th, 2019, FUELED BY FEAR released their new EP, entitled “This Forsaken Place” via Ashburn Records. Furthermore the band is currently shooting a video for “The Devil Will Be Waiting“. EP artwork was done by Azrael Deaign.

Stream “The Devil Will Be Waiting“ here:

FUELED BY FEAR, was formed in late 2011, under the name of “BLOOD BOUND”, featuring members out of formerly well known bands, such as ‘Ex- ortation’, ‘Die by Design’, ‘Framestand’ and ‘Disparaged’. Their debut full length album “Two By Eight” was released on December 16th 2016 by Ashburn Productions. After the album release, the band played a lot of Club shows in Switzerland. The Album hit the Swedish Rock Charts place 5 and entered the Swiss Charts too. The band has toured with SEPULTURA (on their Baltic Tour in March 2012) and IN FLAMES (on their Russian minitour in 2013). FUELED BY FEAR released their new EP “This Forsaken Place” on February 11th 2019 via Ashburn Records.