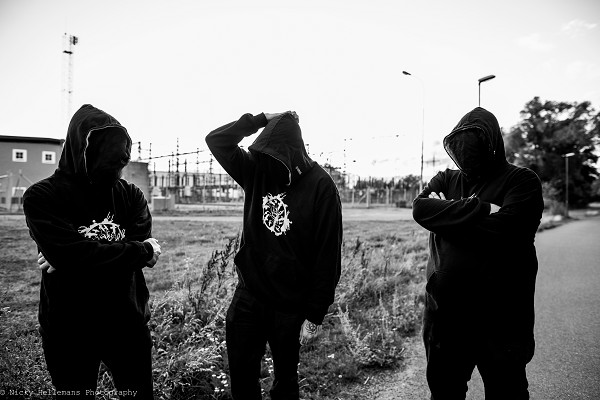 VANHELGA, one of Sweden’s most extreme exponents of the DSMB genre are set to re-release an extended version of their 2014 Mini Album “LPT” which was previously only available in digital format. Completely remastered, and with the addition of a never-before released track ” Drömlik eufori”, as well as new artwork, “LPT” will be available in Digipak format and will be strictly limited to 300 copies worldwide.

As a prelude to its 31st October release VANHELGA has today debuted a lyric video ‘Dag 3’ which can be seen below.

Quite possibly the most personal, and disturbing, release from a band known for its disturbing lyrics and imagery, “LPD” was written by founder J. Ottosson, who based it on his own experiences during an enforced involuntary stay in a psychiatric hospital, to which he was committed under the Swedish ‘Lagen om Psykiatrisk Tvångsvård’ law. The “LPT” of the title.

“LPT” is a raw and almost unbearable emotionally honest account of the pure suffering and horrors that result from someone who is not only undergoing drug withdrawal but is also suffering from psychosis and mental health problems, and who is being confined within the dark corridors of a psychiatric hospital against their will.

Tracklisting for “LPT” is as follows:

“LPT” is now available to pre-order in two different bundles from the following:

“LPT” Digipak + unique T shirt from War Against Yourself at https://waragainstyourself.bandcamp.com/album/lpt

Formed in Linköping, Sweden, in 2001 by  J. Ottosson, aka 145188,who got together with likeminded musicians in order to finally breathe life into his vision, something he had not been able to do with any previous bands and musicians he had worked with.  Through their music and lyrics VANHELGA, which, translated from the Swedish means “Profane”, and whose current lineup includes 145188 (ESKAPI, ex-LIVELOVER)  on Guitars and Vocals,   J. Ejnarsson (TAKETH) on Guitars and Backing Vocals, and R. Jönsson on Bass, explores the darker side of humanity.  The one that few will admit exists, but which nevertheless is a huge part of every individual’s existence.

VANHELGA’s music can doubtlessly be classed as Black Metal, but that would be too restrictive a definition, and it is with no small sense of irony that the band has coined the phrase “Positive Music For Positive People” because VANHELGA’s  music is cold and sinister but with melodies and moments of melancholy that can draw you in and lull you into a false sense of security before you realize, too late, that you have been caught in an ominous web of sound that sends shivers down your spine.

More information about VANHELGA can be found on the band’s Facebook page at http://www.facebook.com/officialvanhelga  or on their website at http://www.vanhelga.com