BRIAN JOHNSON On GENE SIMMONS’ Rock Is Dead Claim: “With all respect to the lad, he’s terribly wrong”

AC/DC frontman Brian Johnson has addressed Gene Simmons’ claim that rock is dead, saying: “With all respect to the lad, I think he’s terribly wrong”, according to classicrock.com.

The KISS star claimed in September that the music industry and illegal downloaders had “murdered” the genre between them, leading to a string of reactions from Corey Taylor, Joe Perry, Mark Tremonti, Slash and many others.

Now Johnson tells UCR: “I don’t think anybody should have the nerve to stand here and say a certain genre of music has disappeared ‘because I say so.’

The singer argues that it’s easier today for young musicians to establish whether they have what it takes to make it.

“Kids have got a better chance to get their stuff out now with social media,” he says. “They can buy stuff to record with – we couldn’t buy a four-track recorder. We’d save up to go into a little studio in Newcastle and we’d have to physically take it to London. Now they can literally do it in their garage and put it out.

“But if you’re playing stuff and people are digging it, you’ve started your band. All you’ve got to do now is keep at it – and dodge the people who go ‘Get yourself a proper job.’ Take the path less travelled and take it on the chin.”

AC/DC release “Rock Or Bust”, their first album without mainman Malcom Young, on December 1. They’ll hit the road next year – but it’s not known whether arrested drummer Phil Rudd will remain part of the band. 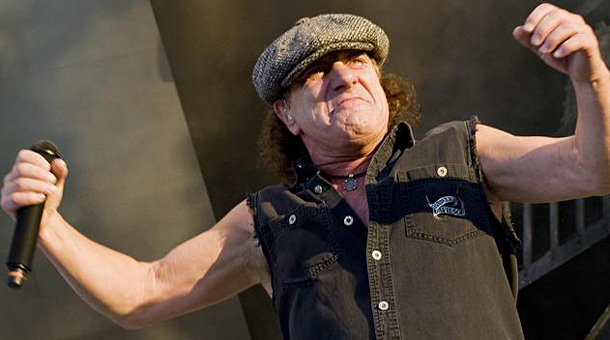