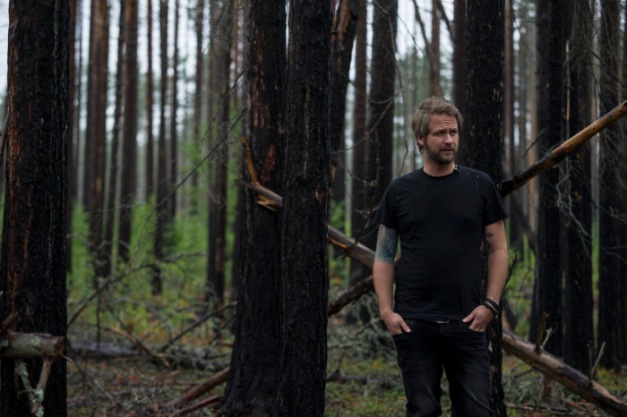 “The Nature Script” – in collaboration with the environmental
organization Smart Klimat to save our planet earth.

November 30th MARTIN RUBASHOV released his brand new album “The Nature Script” – an album that is not only for the listeners enjoyment but also for our planet and our future generations!

Martin Rubashov’s music appears as shimmering mysterious, beautiful pain with a strong nerve in both the guitar play and his voice.

With his roots in northern Swedish woods, Martin Rubashov carries a great love for nature and has the rare gift to be able to let in the listener in that love. On his new album “The Nature Script” we get invited to Rubashov’s innermost in the magic and authenticity of the forest. The album was released November 30th via Despotz Records.

In collaboration with the environmental organization “Smart Klimat” – one tree per sold album,digitally or physically, will be planted in Zambia, Africa. This helps to improve the environment, provides homes for endangered animals and work against poverty.

“I’m fascinated by trees. About how they work and what enormous impact they make for the earth and man. I think the organization“Smart Klimat” do something really important and I want to be a part of that!” – Martin Rubashov

Big trees, massive mountains and deep waters are some of the factors that frequently lures Martin into the forest, far from today’s hustle and bustle and the ambition to maintain a flawless surface on social media. In the forest, the feeling of being a small part of something bigger is so insistent that everything becomes more authentic. While the forest has a physical shape, it also serves as a backdrop for Rubashov’s music.

The new album is build up of strong titles as “Black Elk” where Martin and Anders Fridén (Singer in the hard rock band In Flames) together sings the story of the medical man and the native people all over the world who have been oppressed through history. “Eternal” where the character Rubashov play cards with the devil and wins eternal life, which leads to a hunt for the evil to get the contract destroyed. “Illuminature” that is the album’s opening track, grounds you and leads directly into the well known magical forest and tempts to new unknown places.

“Cities are becoming more and more like prisons where it can be hard to find peace, where nothing’s untouched. Do you grow there? I don’t think so. The Nature Script reflect the nature in another dimension where there is life inside the surface. Like small electrons that binds everything together. We also face a choice when technology has been said to be able to replace biology. Do we want it like that?” – Martin Rubashov

Rubashov has previously released two albums and several EP’s on Despotz Records and has proven himself to be a great musician as he plays most of the instruments himself and gathers new instruments on his trips around the world.