Philadelphia’s Female Fronted Metal/Hardcore/Punk band THE END A.D. are set to release their new full length album “Badlands“ on November 29th via Fastball Music! Today the band, besides the title, has unveiled also the album coverart.

Stated the band:
“We are so excited to finally be able to show off our album cover done by the amazing Daemorph Art. The title of our Album is “Badlands“ and the cover shows how strong the grip of addiction can be on ones soul. “Badlands“ will be released on November 29th via Fastball Music with Distribution by Soulfood on CD and Digital formats. A special Cassette version of this album will be released by Infernö Records.“ 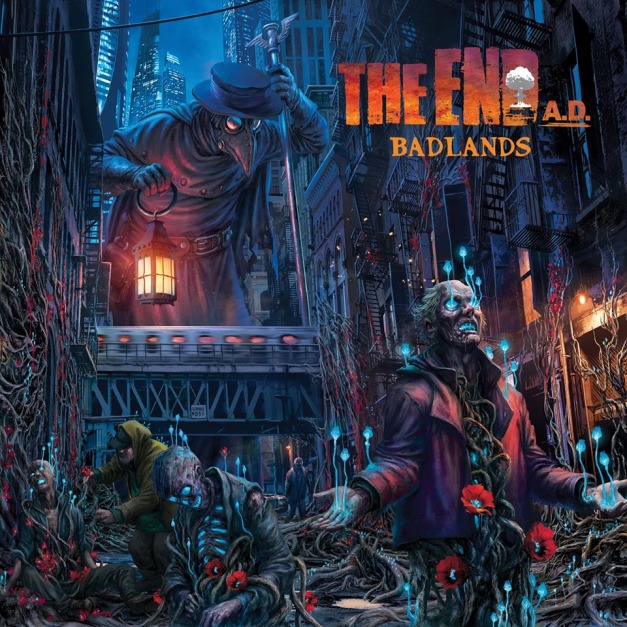 Watch the first single “Why Won’t You Die”, taken from the upcoming album:

The END A.D. was formed in 2014 and has members from some of the filthiest bands to ever plague the city of brotherly love. Ami Friend who is one of the most exciting singers to see live joined The End A.D. on vocals back in May of 2017. The band has already pounded out two releases since Ami joined the band: Their 12inch color vinyl EP “The Smell of Despair” via Kill Time Records and their split cassette release “Sermon of Violence” with the all female Thrash band Tormentress from Singapore via Hellforced Records. November 29th 2019 is coming out The End A.D. new album, “Badlands“, via Fastball Music.