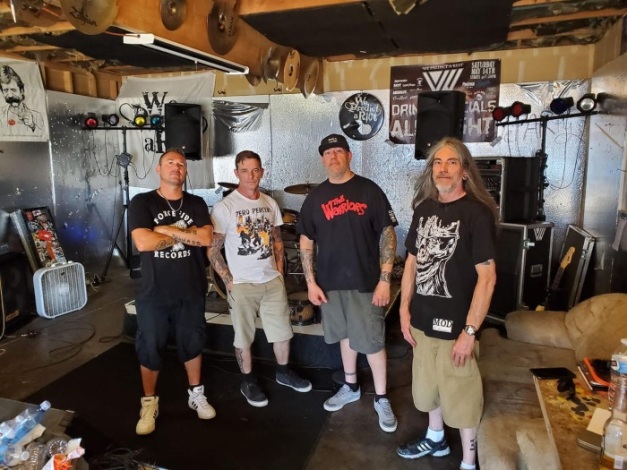 M.O.D Classic have released a new single after more than 30 years titled “The Thrash King”. The song is available for free on the band’s website. The new single was mixed and mastered by Stress The Whiteboy also known for his work with Gym Class Heroes, Ghostface Killah, Good Charlotte, Agnostic Front, MADBALL, Tyga & Lil Wayne and many more at www.TheChopShopStudio.com.

In addition, the band will kick off ‘The Beast Master Tour’ today, December 5th, in Janesville, Wisconsin at The Back Bar. 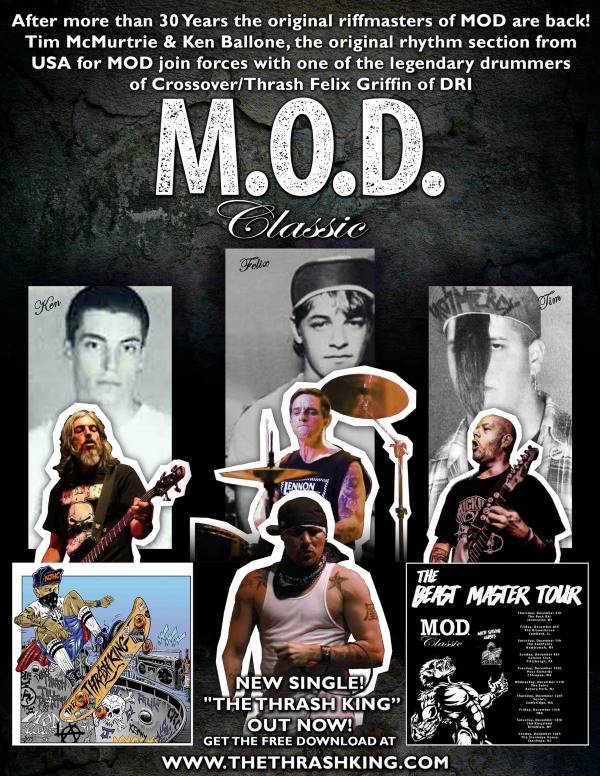 MOD Classic was formed by Tim McMurtrie aka “The RIFFMASTER” and Kenny “ANGRY CORPSE” Ballone (the original rhythym section of USA For MOD). They wanted to continue on with their legacy. Felix Griffin (of D.R.I), one of the most noted drummers in the crossover thrash genre, was added as the drummer. Felix was on records with the Dirty Rotten Imbeciles from 1985-1989 and was featured on albums Dealing With It, Crossover, 4 of a Kind, and Thrashzone. They rounded out the quartet with the former brutal throat vocalist of Primer 55 and SORE, Donny “The DRP” Polinske.

They intend to bring back the old-school hardcore flavor of thrash and punk.