KAMELOT kicked off their NIGHTWISH support tour on September 12th in Atlanta, GA at Center Stage. High quality fan-filmed footage has surfaced on YouTube and is available below:

Remaining dates on the tour are as follows:

Kamelot’s complete live itinerary can be found at this location.

As previously reported, TRIOSPHERE, XANDRIA and BLACKGUARD will be the support acts for the duration of the European tour.

The band recently launched an official web page dedicated solely to their new album, Silverthorn, due out on October 30th in North America, October 26th in Germany and October 29th in the rest of Europe via Steamhammer/SPV. It will receive its Japanese release October 24th via King Records.

The page features an album biography including production notes, tour dates and international pre-order links. Go to this location to check it out.

Kamelot’s new single, ‘Sacrimony (Angel Of Afterlife)’, was released September 4th on iTunes. A snippet of the song can be heard heard below:

New footage of Kamelot shooting the video clip for the song ‘Sacrimony (Angel Of Afterlife)’ can be viewed below. The clip features guest appearances by Elize Ryd (AMARANTHE) and Alissa White-Gluz (THE AGONIST).

The Silverthorn LP and limited edition will have one version of the art, while the standard version of Silverthorn will have a different but equally exquisite version of the artwork. The standard version is presented as an Ecolbook. The limited edition contains the Ecolbook, a bonus CD with nearly 60 minutes of music, a 44 page book and an exclusive poster. The double LP version is a gatefold on colored vinyl and includes the CD. 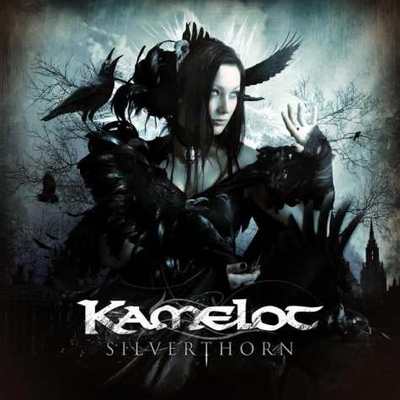 Guitarist Thomas Youngblood says of the artwork: “Artist Stefan Heilemann captured the true essence of the story and the main character. The booklet and 44 page book is packed with amazing images!”