When Finnish sextet NIGHTWISH announce a new studio album people tend to take notice. They know that something special is brewing. The band’s new and ninth record “HUMAN. :II: NATURE”. will be released on 10th April 2020 and will be a double album containing 9 tracks on the main CD and one long track, divided into eight chapters on CD 2.

Today, the band releases the first single and video clip for the song “Noise”. Watch the video here: 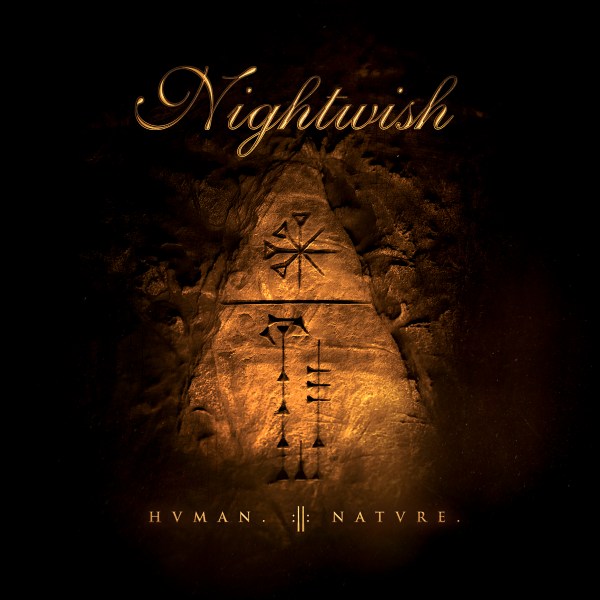 The tracklisting will read as follows:

Interview with MARKO HIETALA: “I’d like to keep this going”

Highly regarded over many years for his work with bands such as NIGHTWISH, TAROT and NORTHERN KINGS, bassist and vocalist Marko Hietala is set to release his first solo album! The album, “Pyre Of The Black Heart” is due out on Friday 24th January via Nuclear Blast Records.

Fans have already had a taste of what is to come from Marko‘s album, with the singles ‘Stones’ and ‘The Voice Of My Father’. Metal Shock Finland Senior Manager, Alison Booth recently spoke to Marko in more detail about the album and more, for her radio show Blackdiamond’s Metal Mayhem on UK station TotalRock.

You can read a few excerpts from the chat below, with the full interview on the audio player:

Discussing the single ‘Stones’, before moving on to the album content, Marko stated:

“With ‘Stones’, I used my twelve string, which sounds a little bit Mediterranean and put in a traditional straight blues melody and therefore write also blues lyrics with repetition. And the riff combines a traditional folk melody, so yeah, that’s ‘Stones’.

I didn’t consciously go and do a mash up of different genres – when I was writing things, it seemed to fit. With a solo album I was pretty free to do whatever I want and at the time I didn’t know who was going to be playing on it. I did imagine a distorted fog with a symphony orchestra and if it sounds good, I could put it on – I didn’t do that though. But all of these things like I did Mediterranean guitar with blues vocals and Black Sabbath riff with a Finnish traditional  chord melody, all ended up happening in the song ‘Stones’.

But there’s a lot of other stuff going on there as well and I guess the only thing, which I realised kind of on the way, was that I was doing a lot of traditional Finnish stuff in some melodies on purpose. But I would say the folk on this album is not as much Celtic as it is Finnish.”

Continuing about the music and the tour, Marko expressed:

“When we did the Finnish shows in the summer, it seemed to be capturing people and since the album is so varied, we definitely fall on the side of prog rock. That’s why the word play come to my head – ‘hard prog’, because there is a lot of old progressive rock and old hard rock moods on the album and then come back with more modern stuff and some more metallic songs and all that.”

What I’m looking for in the future is that the solo project kind of starts to grow up the band. We had a good time last summer doing the Finnish shows and we’re gonna be doing some more.

So actually the European tour first and possibly the last. Yeahh… first and possibly to be continued is now the opinion. We kinda picked up like ten suitably different things to work on for the album and we got more stuff. And now that I’ve been letting my brain go fallow for a couple of months, suddenly I’m coming up with new ideas. So yeah, we’ll see – I’d like to keep this going.”

A brief update on NIGHTWISH:

“It’s come from the master – I’ve been listening to it, I like what I hear. There’s some really nice vocal work there from all the three now and then. We put some efforts into doing some proper vocal harmonies. With the group we had, some of it went over the expectations.”

When Finnish sextet NIGHTWISH announce a new studio album people tend to take notice. They know that something special is brewing. Band leader Tuomas Holopainen once said that whenever he creates a new record he has the intention of capturing something rare and unique, a monument and a true album experience. In 2020 he’s certain to achieve his objective once again. NIGHTWISH have completed the recordings for their 9th studio album and are proud to announce the title, artwork and tracklisting. ‘HUMAN. :II: NATURE.’ will be released on 10th April 2020. The long-awaited record, following 2015’s critically-acclaimed ‘Endless Forms Most Beautiful’, will be a double album containing 9 tracks on the main CD and one long track, divided into eight chapters on CD 2.

The tracklisting will read as follows:

The album pre-order will start on February 7th.

NIGHTWISH singer/bassist Marko Hietala has announced his signing with Nuclear Blast for his upcoming solo album “Pyre Of The Black Heart”, that is set to be released on January 24th. Hietala himself describes the style of the upcoming release as “Hard Prog”, but to give his fans a first impression of what the new album is going to be like, he also reveals the first single and video ‘Stones’.

About the goal behing his solo album, Marko Hietala comments, “Well, let’s put it this way: NIGHTWISH is without any doubt my main band, and thanks to income from that direction, I don’t have to be that commercially aware… What I mean is that when I was coming up with the musical thoughts for this solo record, I was able to do simply anything without limits. So if I had a goal, it was to not have any kind of limits, but to prepare an unpredictable, spontaneous, adventurous, ferocious and intimate solo record. And now when I am listening to the final album by myself, I can say with my hand on my heart that I – or rather us – pulled it off… The record is a really diverse musical roller coaster ride that takes eager listeners into a world of strong emotions and deep feelings!”

Hietala‘s voice has barely faded away, and he is already honouring his skillful band mates. “Even if “Pyre Of The Black Heart” is definitely my solo album, I didn’t compose everything on my own. When the song writing process was really in full swing, I kept sending all the ideas to my long-time collaborators Tuomas Wäinölä [guitar] and Vili Ollila [keyboards], and this ingenious two-some came up with great additions and arrangements, one after another. Drummer Anssi Nykänen – who is simply a wizard behind his set – completed the line-up like no other.” 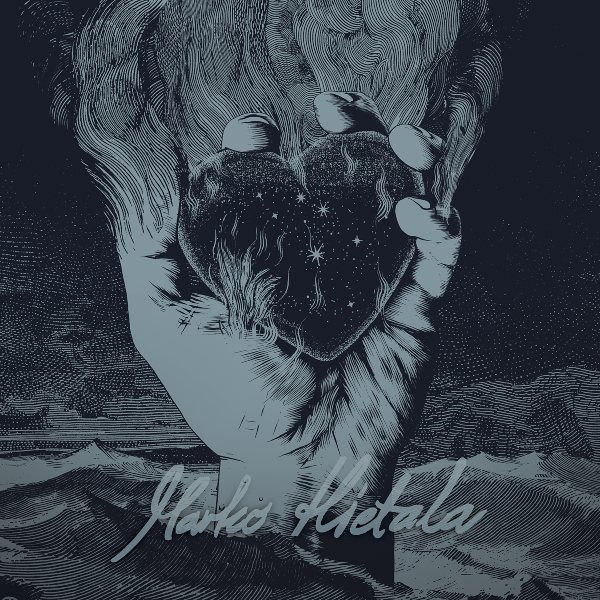 The tracklist reads as follows:

Shortly after the album release there will also be a Marko Hietala solo tour. “Come February… We simply can’t wait to get out on the road! It will be amazing to perform these solo songs for all those multinational friends of my music”, Hietala says and continues: “I strongly recommend coming out to see my band during this run, entitled “Tour of the Black Heart”, as this will be my first and last European solo tour in a long time – or ever!”

See him live on one of the following shows:

NIGHTWISH‘s second single and video for „Slaying The Dreamer“ is unleashed.
Watch the video here:

Get the song digitally here: https://nblast.de/NW-SlayingTheDreamer

NIGHTWISH are currently working on a new studio album, due in 2020.

Today, NIGHTWISH release the first single and video for “Devil And The Deep Dark Ocean”. Get the song digitally here: https://nblast.de/NightwishDeepDarkOcean

NIGHTWISH are currently working on a new studio album, due in 2020.

NIGHTWISH recently announced their new live release “Decades: Live In Buenos Aires”, which is due to be released on December 6th as: BluRay Digibook, 2CD Digipak, BluRay+2CD Earbook, 3LP.
Pre-order your copy here: https://nblast.de/Nightwish-LiveInBA
Or at the NIGHTWISH webshop: https://shop.nightwish.com