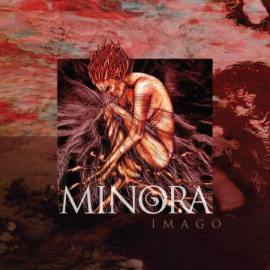 Swedish progressive/doom metallers MINORA are collaborating with former IN FLAMES and current THE RESISTANCE guitarist Jesper Strömblad on a few songs that MINORA is planning to release later this year.

MINORA‘s debut album, “Imago”, was released about a year ago. The Gothenburg, Sweden-based band “adds unique aspects to their metal sound with a mix of alternative post-rock and progressive elements,” according to a pres release. “The result has been turning the ears of many in the metal/rock scene after countless shows and re-invention.”

“Imago” was recorded at Svenska Grammofonstudion (DARK TRANQUILLITY, THE HAUNTED) in Gothenburg and was mixed and mastered by David Castillo (KATATONIA, BLOODBATH, OPETH) at Ghost Ward in Stockholm during 2010. The album is full of dynamic, heavy, guitar-driven songs and even includes a cover of BJÖRK‘s “Jóga”. The band also employed the design skills of Shelby Cinca, who has done work for THE DILLINGER ESCAPE PLAN and DARKEST HOUR. Source: Blabbermouth.net