Canadian black/death metal horde NECRONOMICON are will be releasing their sixth full-length record, ‘Unus,’ on October 18 via Season of Mist! You can watch a trailer for the upcoming record, here:

NECRONOMICON vocalist/guitarist Rob the Witch comments on the album, “When all is said and done, one most return to the start and begin a new life. UNUS is the first major Arcana that starts a new cycle in the evolution of any living things. Welcome to our new incarnation.”

The album art and tracklisting for ‘Unus’ are as follows:

Pre-orders are not yet live, but you can find the band’s merch and previous releases HERE.

Special feature: Geirlioz (Dimmu Borgir) on Piano in ”From Ashes Into Flesh”.

With ‘Advent Of The Human God,’ NECRONOMICON presented themselves at a new height in their long lasting career, which began as early as 1988 with the founding of the band by guitarist and singer Rob “The Witch” in the deep northern part of Canadian province Quebec, called the “Fjord of Saguenay.” Now, they continue to push the envelope with their sixth studio album, ‘Unus.’

‘Unus’ is a searing cacophony that blends blistering riffs, machine-like drums, and a symphonic ambience, culminating in a sound that calls to various metal icons such as DIMMU BORGIR, SEPTICFLESH, BEHEMOTH, and DEICIDE. The record combines the furious elements of death metal with the symphonic prowess of black metal, creating the perfect synthesis of both genres and ultimately.

NECRONOMICON have a well-earned reputation for quality by releasing material only when ready and satisfied with the outcome ever since their demo entitled ‘Morbid Ritual’ (1992) firmly established their name within the underground. ‘The Silver Key”EP (1996) led to mainstream recognition on a national level, but their debut album ‘Pharaoh Of Gods” (1999) and the sophomore ‘The Sacred Medicines’ (2003) did even more to establish the band as a household name in Canada. ‘Return Of The Witch’ (2010) marked the international break-through for NECRONOMICON, and saw them performing at prestigious festivals such as Inferno (Norway), Ragnarok (Germany), and the Barge To Hell metal cruise among others, while sharing stages with acts such as CRADLE OF FILTH, DIMMU BORGIR, BEHEMOTH, and MORBID ANGEL, to name but a few. Their steady advance around the globe grew considerably in impact by their next full-length “Rise Of The Elder Ones” (2013). By the time the band released ‘Advent Of The Human Gods’ (2016), they were met with international critical acclaim. Now, with ‘Unus,’ the band show that they aren’t slowing down and are ready to deliver another vicious strike! Prepare for the darkness to envelop you…

SKANNERS To Join NECRONOMICON In Austria

As previously announced, SKANNERS will released their upcoming album “Temptation” on April 26th in Europe via Self Distribuzione Milano and CODE 7 /Plastic Head UK for ALPHA OMEGA Records! The album is available for streaming and pre-orders at the band’s bandcamp page and on Spotify!

Bandcamp: https://skanners.bandcamp.com/releases
or on Spotify here: 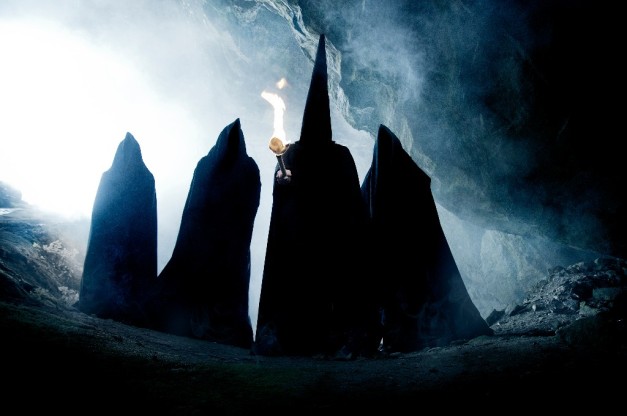 ROTTING CHRIST are touring in support of their new album, ‘Rituals’. The band, regarded as “one of the best guitar-riff-writing bands out there to date” (No Clean Singing), is streaming ‘Rituals’ in full here.. The band’s twelfth studio album, ‘Rituals’ is regarded as “singular and unique a contribution to the development of metal as anything on the table.” (Kevin Stewart Panko, Metal Injection) and is available across multiple formats at the Season of Mist E-Shop.

ROTTING CHRIST previously landed the Billboard Heatseekers Chart at #14 for the release of their new album, ‘Rituals’.

For almost 30 years, ROTTING CHRIST have blazed a trail for the black metal genre to follow. From their primitive early material through to 2012’s epic ‘Kata Ton Daimona Eaytoy’, their pioneering spirit has been a flame of inspiration in an increasingly reductive genre. Now the renowned band return with new album ‘Rituals’, a diverse collection of new songs influenced by rites and myths from all around the globe. ‘Rituals’ highlights their unique power and magic, and is the darkest and most personal-sounding ROTTING CHRIST album to date. As ‘Rituals’ illustrates, there is a reason that ROTTING CHRIST are an international heavy metal institution. 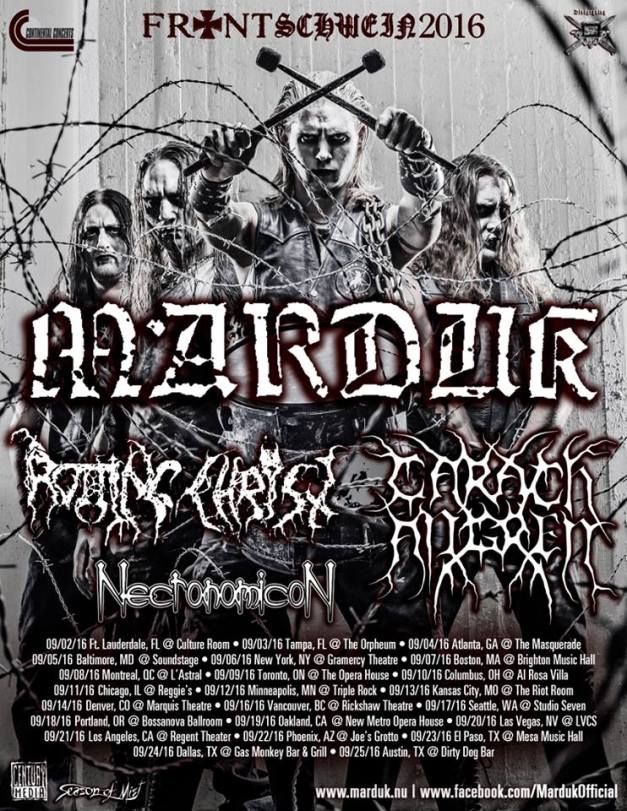 Posted by tarjavirmakari on February 27, 2016
Posted in: Int. News. Tagged: 'Advent of the Human God', Crown Of Thorns, Necronomicon. Leave a comment

Canadian extreme metal horde NECRONOMICON are streaming another new track from their forthcoming album, ‘Advent of the Human God’, on Season Of Mist. The track, titled “Crown of Thorns” is streaming now in the form of a video at Revolver Magazine.

Regarding the new track, vocalist/guitarist Rob the Witch comments, “Religion is one of the ugliest man-made inventions to control and dominate those who don’t bow before his rules. The biggest genocides in history have been backed by religion- countless millions of natives from the Americas have been exterminated with the permission of the Catholic church in exchange for the propagation of the word of God. Expect no peace for the world before religions are eradicated.”

‘Advent of the Human God’ will be released in North America on March 25 (March 18 worldwide). The album is available for pre-order at the Season of Mist E-Shop. NECRONOMICON previously streamed the new tracks “Unification of the Four Pillars”, and “I (Bringer of Light)”.

NECRONOMICON previously released ‘Rise of the Elder Ones’. The album is streaming now at the official NECRONOMICON Bandcamp page.

NECRONOMICON are streaming the first new track off the new album. The track, titled “Unification of the Four Pillars” is streaming now at Bravewords.

NECRONOMICON previously released ‘Rise of the Elder Ones’. The album is streaming now at the official NECRONOMICON Bandcamp page.

LOCK UP Confirmed For Barge To Hell

Barge To Hell – “The World’s Most Extreme Metal Cruise” from the creators of 70000 Tons Of Metal – which will run from December 3rd to 7th – have confirmed LOCK UP, the supergroup featuring Nicholas Barker on drums (ex-CRADLE OF FILTH, DIMMU BORGIR), Shane Embury on bass (NAPALM DEATH), Anton Reisenegger on guitar (CRIMINAL) and Tomas Lindberg on vocals (AT THE GATES, DISFEAR).

The cruise route begins in Miami, FL and then travels to Nassau, Bahamas and then back to Miami, FL.

Not in the mood for a quiet holiday season? This December, 40 of the most extreme Metal Bands and 2,000 headbangers from around the world will go to the Caribbean to take over a luxury cruise ship for a five day and four night trip to the undead!

Make no mistake, this is not one of the cruises where you share the ship with regular cruise guests… It’s like everyone has a backstage pass and you can mingle side-by-side with the Artists in this incredibly fan-friendly scenario that has no comparison.

See every band play two live shows on our three stages, each with it’s own unique atmosphere: The luxurious “A Chorus Line” theater, the cozy “Spectrum” club and our jewel: The open air stage on the pool deck. Get all your memorabilia signed at the Meet & Greet sessions. Be part of our infamous Metal Karaoke and many other very special activities with the Artists on board. Last but not least: Don’t forget that we have bars on board that never close! What are you waiting for? You might even need a vacation from this vacation when all is said and done!