Lebanon based band HERITAGE have announced a special OPETH tribute night. The show, presented by Metal Bell Magazine, will take place in Lebanon, at The Palace Beirut on Saturday 12th October.

Tickets for the event are available at this location. 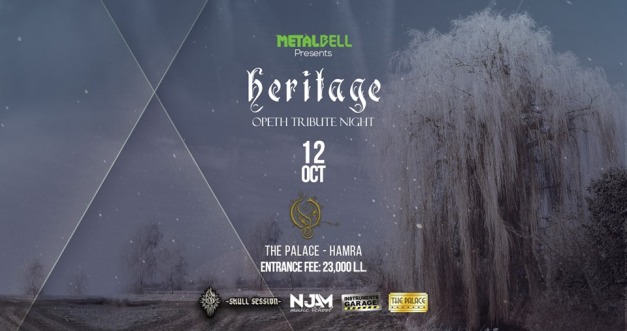 Background:
The sole purpose of HERITAGE is to pay tribute to Swedish progressive metal legends OPETH.  The band covers a wide variety of OPETH songs, ranging from early progressive death metal anthems to more recent progressive rock masterpieces.
HERITAGE aim to deliver in a part of the world where OPETH might never perform, a professional show while trying to create vibes similar to those OPETH create in their live shows.
The members of HERITAGE each come from different backgrounds and it was their passion for OPETH that gave birth to this project. Stay tuned for a sixth member to be announced soon!
HERITAGE is:
Mood Yassin : Keyboards and Rhythm Guitar
Jake Shuker : Lead Guitars and Vocals
Khodor Nashar : Acoustic Guitars and Vocals
Charbel Ghafary : Bass
Hassan AK : Drums and Percussion
Official Band FB Page:
https://www.facebook.com/Opethtributeband/
Event Page:
https://www.facebook.com/events/395973411039173/ 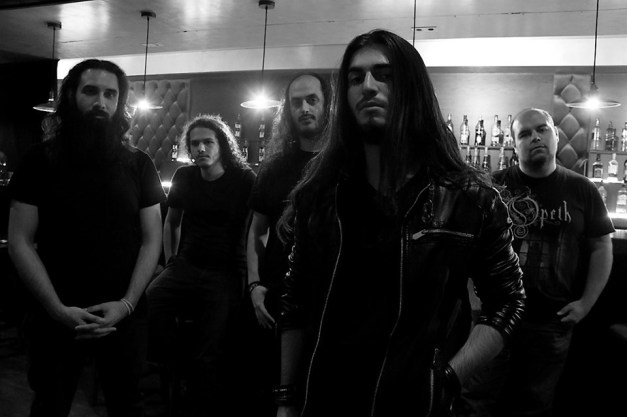 Recorded last year at Stockholm’s Park Studios, »In Cauda Venenum« will be released in two versions, in both Swedish and English languages. Pre-order it in various formats, here: http://www.opeth.com/stores 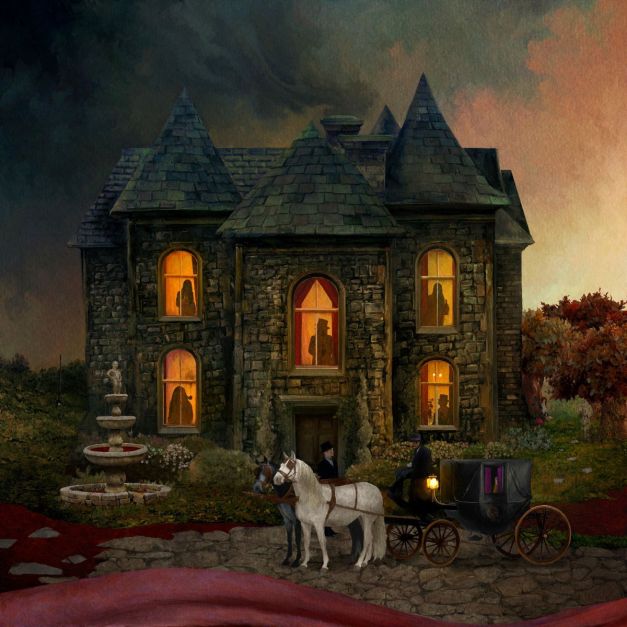 Swedish masters of progressive metal/rock OPETH have released a new single called ‘Svekets Prins‘, today from their heavily awaited album »In Cauda Venenum« that’s out September 27th via Moderbolaget / Nuclear Blast. The new song is found on the Swedish language version of the album. An English version, ‘Dignity‘, will be released next week.

Watch the visualizer for ‘Svekets Prins’:

Recorded last year at Stockholm’s Park Studios, »In Cauda Venenum« will be released in two versions, in both Swedish and English languages. Pre-order it in various formats, here: www.opeth.com/stores

OPETH will hit the road in Europe, Japan and Australia in autumn and winter of this year. Dates are listed below and tickets are on sale now at www.opeth.com/tour-dates.

In the 3rd trailer for their highly-anticipated 13th album, »In Cauda Venenum«,  OPETH’s revered songwriter and vocalist Mikael Åkerfeldt talks about stepping outside his comfort zone to record at Park Studios with Stefan Boman, the decision to record the album in Swedish and English and mastering it with Geoff Pesch at Abbey Road. The new trailer arrives today, just under two months before the release of »In Cauda Venenum« on September 27th via Moderbolaget / Nuclear Blast.

Watch the third album trailer for »In Cauda Venenum«:

Recorded last year at Stockholm’s Park Studios, »In Cauda Venenum« will be released in two versions, in both Swedish and English language. 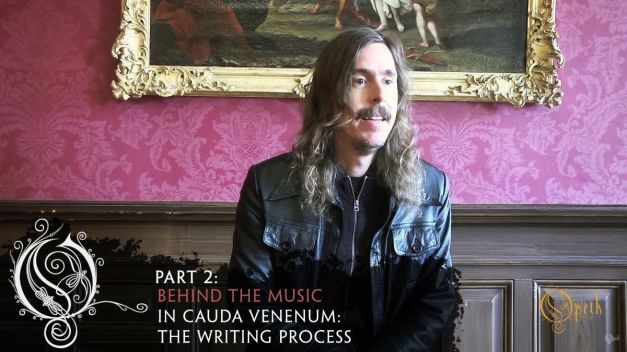 With unprecedented anticipation mounting for their upcoming album, OPETH have delivered the second video trailer in which chief songwriter and vocalist Mikael Åkerfeldt discusses the writing process for their 13th record. »In Cauda Venenum« will be released on September 27th via Moderbolaget / Nuclear Blast. Watch the second album trailer for »In Cauda Venenum«:

Recorded last year at Stockholm’s Park Studios, »In Cauda Venenum« will be released in two versions, in both Swedish and English language.

One of 2019’s most anticipated heavy rock/metal albums, »In Cauda Venenum«, will be released by Swedish prog-masters OPETH on September 27th  via  Moderbolaget /  Nuclear Blast Entertainment. Today, the band has unveiled a bi-lingual visualizer the record’s first new song, ‘Hjärtat Vet Vad Handen Gör‘ / ‘Heart In Hand,‘ and has invited followers to pre-order the record now at www.opeth.com/stores.

Commenting on the new song, vocalist/guitarist/songwriter Mikael Åkerfeldt says, “’Hjärtat Vet Vad Handen Gör’ or ‘Heart In Hand’ as it’s called in English is one of the first couple of songs I wrote for »In Cauda Venenum«. I immediately knew that it would probably be favoured by ”the powers that be” when talks of future singles for the record would commence. And I was right. I generally leave it up to the labels or managements to pick the so-called singles. I’m indifferent as I put an equal amount of dedication into all songs, so it doesn’t matter all that much to me. I guess it’s one of the more straightforward songs on the album. A rather rocking little thing. It’s got one of the ”happy mistakes” in it too. Mendez bass broke down in the middle of recording. At the time he played an old Hofner Beatles-esque bass guitar that started humming real bad, but it sounded so good we immediately decided to keep it in there. I’d be putting myself down if I said that noise is the best part of the song, but it’s up there. I like when stuff happens out of your control, and it actually adds to the piece. This is the first full taster of the new OPETH album, and of course I hope you like it. All the songs on the new album are different from each other and therefore equally representable in my view. Enjoy!”

Recorded last year at Stockholm’s Park Studios, »In Cauda Venenum« will be released in two versions, in both Swedish and English languages.

Regarding the sonic direction of the new record, Åkerfeldt adds, “For us, at this stage with »In Cauda Venenum«, heaviness isn’t guitars tuned down with screaming vocals over the top. That’s not necessarily what I call ‘heavy’ music these days. I can listen to KoRn and say, ‘OK, that’s heavy.’ But it doesn’t really mean anything to me. I mean, I catch up on things in magazines or online. I read about bands that have the ‘heaviest record ever,’ and I’m not too impressed by that. OK, it’s cool but what does it say? What does it mean? It’s an impossible mission, to be the heaviest. That’s been done before. Over time, I got tired of that tag. Of course, when I was younger it meant everything to me. I was always on the pursuit for heaviness in my youth, trying to find the next level of heaviness. First it was death metal, then it was bands like Meshuggah, but heaviness is now more about emotions, heavy chord progressions, music that has feelings. Heaviness doesn’t mean Meshuggah anymore, although indeed they’re a fucking heavy band. I’m not trying to tap into that anymore.”

OPETH will be performing shows in support of »In Cauda Venenum« around the world through the end of the year. Dates are listed below and tickets are on sale now at www.opeth.com/tour-dates. Additional touring will be announced soon