The Metal Voice Interview: MICHAEL SWEET Would Like To Produce And Sing On Next AVANTASIA Album 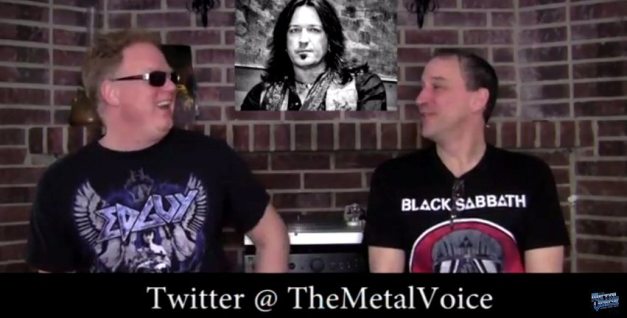 On Michael Sweet’s review on the new Avantasia album Ghostlights

“My first impressions, there are good and bad. The good being there is no denying the talent that is involved in that makes up the band, everybody, the musicianship levels are high, the vocals levels are high. Everything is obviously top notch in that regard . What didn’t do it for me, I guess as a producer,  I wasn’t 100% floored by the production. As I kept listening to it, I kept thinking gosh I would have loved to produced this, just to see what it would have sounded like.   My first impression it almost sounds like a modern day Meatloaf, that rock opera Jim Steinman, very complicated songs, parts and structures. I just felt like the production was lacking a little bit. I wanted to hear a little more punch, a little more crispness, it just sounded flat in that regard. ”

“My first impression was how great the band sounds, how great the guitar tones sound, the drum tones. Rob being who he is and how old he is, what he has done. I’m thinking gosh this guy sounds amazing, he sounds incredible and I just love Priest. There is an energy, the minute you hear them start playing there is this energy they have that not very many bands have. So I love it, I love Priest.  For a live album for what it is it’s awesome.” 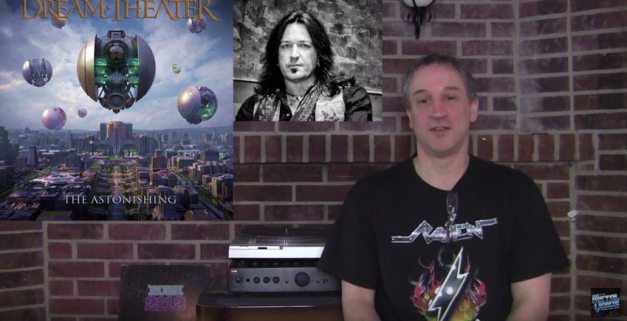 Michael Sweet of  STRYPER joined The Metal Voice in reviewing the new 2 hour and 11 minute concept album by DREAM THEATER entitled “The Astonishing”.

Sweet tells The Metal Voice,”What is incredible about Dream Theater and they show it so well on this album is everybody is playing for the song. They have all these parts worked out. That is musical thinking from another world. The time changes and the note changes, the chord changes, its insanity, it’s unbelievable. It just shows you the talent of this band.”

Michael Sweet goes on to tell The Metal Voice that he will begin a short acoustic solo tour in the first week of February in the US and is just almost finsihed his new solo album which will be coming out on Rat Pack Records in May or June 2016.

Listen to the interview here

For tickets to his solo shows in the US (http://www.michaelsweet.com/tour) 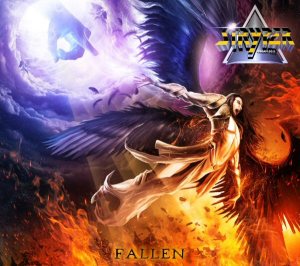 Stryper – Fallen. Odd though it may sound, the song with the most in-yer-face Christian lyrics on “Fallen” was written by Black Sabbath! If you’re a fan of the Sabs, you may well own it already, in its original guise as track two on the “Master of Reality” album, “After Forever”. In the Metal genre, most fans are savvy enough to realise that the age of the musicians is irrelevant, and that many bands are maturing like fine wines, improving their playing and songcraft through years of honing their skills. Stryper are a clear case in point, having gone so far as to say that they feel they’re now the band they’ve always wanted to be. Previous album “No More Hell To Pay” was greeted with rabid enthusiasm from their following, with many fans being of the opinion that it was their finest release ever. Would they be able to match that level of quality with their subsequent record? The answer is a resounding “Yes!” “Fallen” rams home eleven strong new original songs and a powerful version of that Sabbath number, and also sees Stryper honing their sound so that the melody of vintage tracks like “Calling On You” is now blended with the heaviness the likes of “To Hell With The Devil”, distilling the best of both worlds into each of these twelve titles. “Fallen” is one of the best classic-style Heavy Metal albums I’ve heard all year. 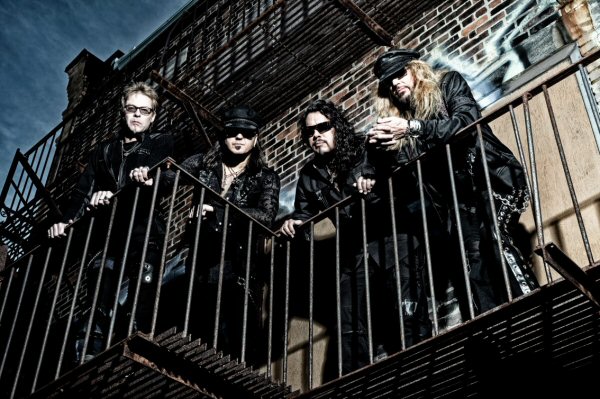 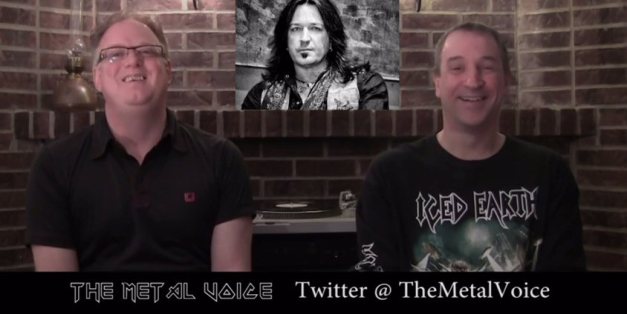 When asked about his approach to writing the new album

“Before we make a new album I start listening to new bands, that range from real heavy stuff, to alternative stuff. I listen to the fans and I ask the question what do you guys want to hear on this album, and they tell us. And I kept thinking Heavy, heavy, heavy that’s why we didn’t do a piano ballad.  That why we didn’t do  pop metal kind of songs. I wanted this album to consistently be heavy.”

When asked about his favorite track on the album Pride

“The song Pride came together very fast as did all the other songs. That is one of my most favorite songs on the album. The reason why it is it’s because it’s a great merge of the old with the new and it’s got all the Stryper qualities you would expect. Pride is going to be the first music video that hits on release date October 16.”

On his thoughts about recording a concept album in the future

“I have thought about doing a concept album and I just haven’t ever gone down that path and made the commitment to do it. But sure, absolutely I thought about it and I think Stryper would be a great band to do that.”

“Highlights working with Michael Wagner legendary metal producer. We recorded that album in 10-11-12 days tops  and the downside of the album is we didn’t get to be there for the mix.”

On Michael Sweet’s plans for a new solo album

“I have heard bits and pieces of it and in my opinion it’s not as good as Maiden of old but it is certainly a lot better than some of the  things they done in the past 15 years. I think they are getting on track and I would like to see the next album get back to the fire they had like Run to the hills and  The Trooper.”

On his least favorite album in the past years

“I’m going to go with the Van Helen-A Different Kind of Truth. I am a huge Van Halen fan about as big as they come. I just feel like the last album you know when you feel like a band is going through the motions and they are not just giving it their best and trying, that’s what I felt about this album. It’s got some good reviews.  People are saying this is great. I am just sitting here reading I must be hearing something completely different. I didn’t get it. I would love to get a hold of those guys and take them in the studio and take them back to the old school days and help them make an album that basically is comparable to Van Halen one and two.”

STRYPER are back to reclaim their throne in the hard rock/heavy metal world with the latest song from their upcoming 9th studio album, “Fallen”. The title track “Fallen” can be streamed below.

The original lineup comprised of Michael Sweet (vocals/guitars), Oz Fox (guitars), Tim Gaines (bass) and Robert Sweet (drums) return with an album of all new material showcasing the musicianship that garnered them a huge fan base in the mainstream world and the Christian market. From the opening choral refrains of  “Yahweh” to the signature vocal scream at the end of “King Of Kings,” it is apparent that Stryper is back with their heaviest and most inspired work to date that is scheduled for release on October 16th via Frontiers Music SRL. “Fallen” is available for pre-order via digital retailers and can be ordered via iTunes at http://radi.al/StryperFalleniTunes and via AmazonMP3 at http://radi.al/StryperFallenAmazon. It is also available in various physical configurations at http://www.stryper.com/fallen. Fallen was produced by Michael Sweet.

“Fallen is about Lucifer before he became Satan. It’s the story of how he got kicked out of Heaven. He tried to overthrow God and take over,” describes Michael Sweet. “The song talks about how beautiful he was. When he walked, there was music. He was the angel of worship and this incredibly powerful and beautiful being.”

The latest song comes on the heels of the album teaser track, “Yahweh,” that was released last month and has been listened to over 135K times since it went live. “Yahweh” was a musical writing collaboration between Michael Sweet and Sevendust’s Clint Lowery. Tracks like “Pride,” “Big Screen Lies” and “Til I Get What I Need” show that Stryper is back and better than ever. Stryper offer their unique interpretation of the Black Sabbath classic “After Forever.” The band flexes their softer side on the instantly memorable “All Over Again” which continues the journey Stryper fans began almost 30 years ago when “Honestly” was released to mainstream success. 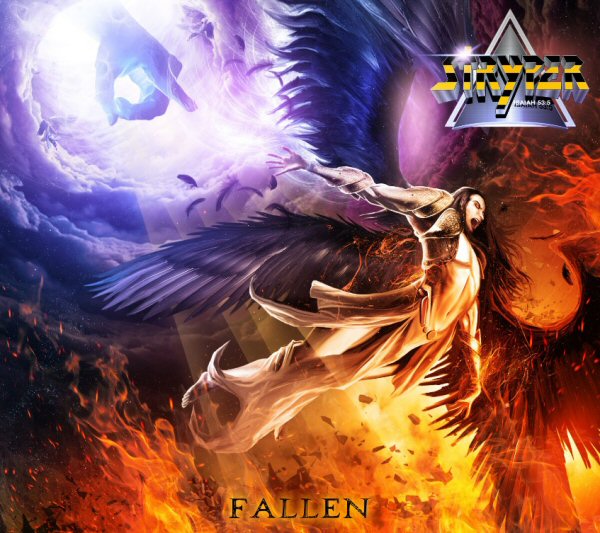 STRYPER is one of the top Christian rock bands of all time. Comprised of the original line-up, Stryper has been rocking since 1984, and is responsible for such ’80s metal classic albums as Soldiers Under Command, To Hell With The Devil and In God We Trust.  In fact, Stryper is the first band to ever have two songs in MTV’s Top 10 simultaneously with their hits “Free” and “Honestly.” After a sabbatical for much of the 1990’s, Stryper returned strong in the early 21st century. To date, the Dove Award-winning and Grammy nominated band has sold upwards of 10 million records worldwide. Their last studio album No More Hell To Pay debuted in the Top 40 of the Billboard Top 200 landing at #35. 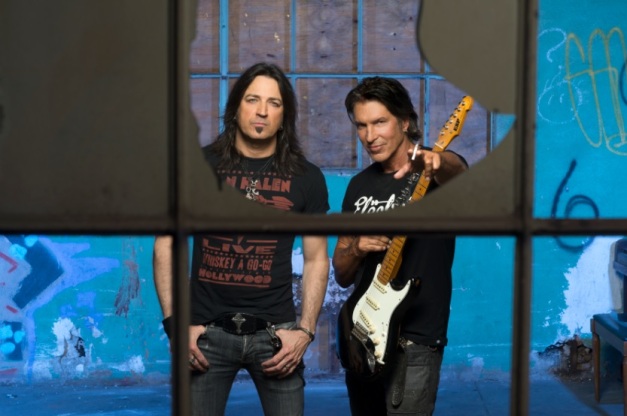 Two of hard rock’s most notable figures have partnered up for a new project. Iconic vocalist /guitarist Michael Sweet of STRYPER and legendary guitarist George Lynch of LYNCH MOB/DOKKEN have teamed up to form a new supergroup SWEET & LYNCH. Joining them on this new musical adventure is bassist James Lomenzo and drummer Brian Tichy. The band will be releasing their debut album Only To Rise on January 23rd 2015 in Europe and January 27th, 2015 in North America via Frontiers Music Srl. Sweet & Lynch recently launched a pre-order for the new album via PledgeMusic. The pre-order features various bundle packages for fans and is live at: http://www.pledgemusic.com/projects/sweetlynch

“When I was approached to help put together an all-star lineup, instantly I thought of George Lynch,” explains Michael Sweet. “George is one of the most talented guitarists out there and a ‘bucket list’ player for me. George wrote riffs/basic ideas and I wrote melodies, lyrics and arranged and completed the songs. I knew that we would compliment each other’s style. When you add the amazing rhythm section of Brian Tichy and James Lomenzo, you just can’t go wrong with this line-up. It really is a special project and I’m honored to be a part of it!”

From the opening notes of “The Wish” to the drum solo finish on the album-closer “Only To Rise,” it is evident that this musical partnership between Michael Sweet’s unmistakable voice and George Lynch’s signature guitar tone has yielded incredible results. Songs “Like A Dying Rose,” “Me Without You” and “Strength In Numbers” showcase the diversity that permeates throughout the entire album. Sweet & Lynch released a lyric video for the 9/11 inspired track “September” which can be seen here:

An EPK featuring Michael and George discussing this new project can be seen here:

Only To Rise was produced by Michael Sweet who also produced the last Stryper album, No More Hell To Pay, which received massive fan praise and critical acclaim alike.

The track listing for Only To Rise is: 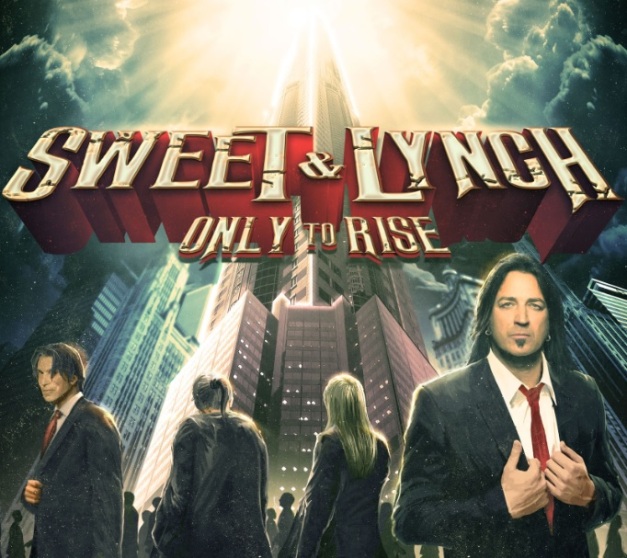 Plans are currently being worked out for Sweet & Lynch to play a few live shows in the Spring of next year, making this different than any other supergroups that record together but never play live. More information will be announced in the near future. If the past records of these four musicians are any indication, no fan will want to miss these shows.