Interview with TRIOSCAPES, Dan Briggs: “My favorite music is mainly all outside of the box stuff, whether it’s long for compositions or short atypically arranged songs.”

Posted by k0sty4 on May 22, 2012
Posted in: Interviews. Tagged: Between The Buried And Me, Dan Briggs, Trioscapes. Leave a comment 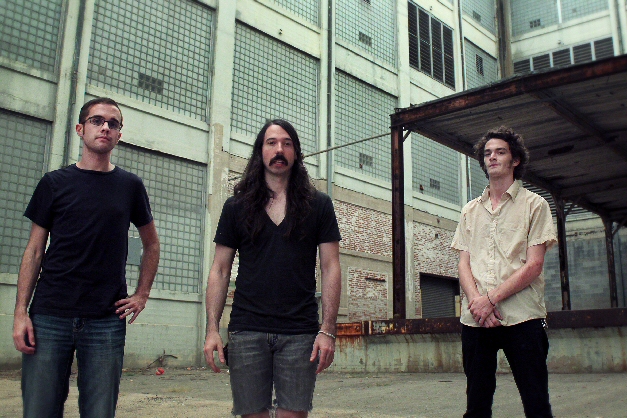 Trioscapes started in the summer of 2011 when bassist Dan Briggs (Between the Buried and Me) contacted Walter Fancourt (tenor saxophone/flute) and Matt Lynch (drums) about working up a rendition of the Mahavishnu Orchestra classic “Celestial Terrestrial Commuters”. The group also messed around with a few original ideas with the intent of playing a one-off live show. However, after rehearsing the material and playing the show, the group decided the music was so demanding and fun to perform that there should be more of a future for the project. Trioscapes combines elements of 70s fusion with progressive rock, dark syncopated grooves, a flare for the psychedelic, and an unabashed love for both quirky Zappa-ish melodies and thunderous abrasive trade-off lines. Trioscapes’ debut album “Separate Realities” came out on May 2012 through Metal Blade. Some days ago MSFinland’s Kostya had a chance to interview band’s bassist Dan Briggs.

1. Hello Dan. I’m Kostya. Welcome to Metal Shock Finland. How are you?

-Great! At home for the weekend, taking a break from being in the studio working on the new BTBAM album.

2. Since this is our first interview, please tell me about the band’s creation.

-We formed in the summer of 2011 with the intent of playing one show with a friend’s band, but it spawned a whole album’s worth of music and a bunch of shows since. 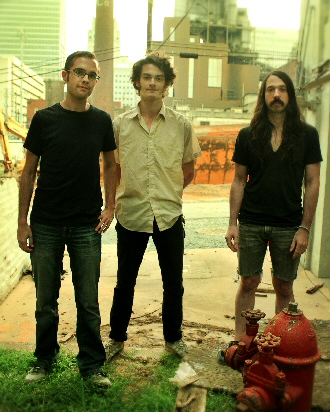 3. I must say I was pretty surprised when I heard the bassist of Between the Buried and Me (metalcore, death metal, technical death) formed a Fusion/Progressive Rock band. How did the idea of this creation came to you?

-Well, BTBAM’s always had the progressive rock influences, that’s something that I bring to the band. My favorite music is mainly all outside of the box stuff, whether it’s long for compositions or short atypically arranged songs. The idea came from having time and the need to be creative and wild.

4. Who are your influences as bassists?

-Tony Levin has always been the first and foremost. He is just the best of both worlds, the quintessential bassist in my eyes. The way he can write such amazing grooves that tie together what Fripp/Belew are doing and give something to really lock in with, but also the way he can lead a song with the bass like on Peter Gabriel’s “Don’t Give Up”. Just the greatest. Chris Squire is a great bassist to listen to as far hearing pretty busy counter lines. And Bach is of course at the top for me. He wrote great bass lines at a time when people didn’t really have any focus on the bass. I’ve had the score for the Brandenburg Concertos since I was in highschool and it is so fun to play along with. The way a melody will flow from violins to violas, to the cellos and bass is very inspiring. Baroque music in general has always been a big influence.

5. The band signed with Metal Blade Records. How do you see Metal Blade will promote the Fusion music style?

-It’s definitely new to them. I’m excited to be working with them and try to push into new territories with them.

6. Now, can you tell us about “Separate Realities”. What was the atmosphere in the studio while recording process and how did the songs came to your head?

-The songs were all written before we went into the studio. I had a week and a half inbetween tours, so we did the drums in Georgia with our friend who’s an amazing engineer, and then Walter and I spent a week in North Carolina with Jamie King just pounding it out. It was nice and easy, fun to sit back and watch Walter improvise and spend alot of time on our sounds and ideas for the mix. 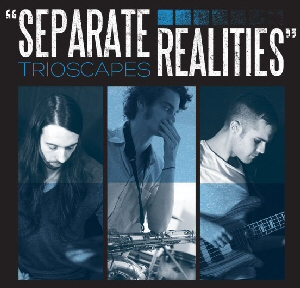 7. Are you satisfy with the result? and what are your expectations on this album?

-Super pleased, it might be my favorite recording I’ve done with Jamie in terms of the sound. It’s exactly what we were going for. I have no expectations, we’re just having fun playing music and are glad that it’s out there for everyone to enjoy now.

8. You are currently doing several shows to celebrate the release of the CD on Metal Blade Records. How will be your summer-period?

-Hopefully it will be filled with shows. We have plans for September in the States, and I’ll be out with BTBAM in July and October. I’m trying to fill all the gaps in my schedule as best as I can with Trioscapes shows.

9. Do you already have plans for the future and next album?

-Small plans, we’ve all got material we’re working on. I’m sure once we get in the same room to start playing around it will be an explosion of new music. I look forward to it!

10. What do you think about the role of bass in modern metal?

-I don’t really listen to any modern metal, so I couldn’t tell ya! Troy does a great job in Mastodon, he has the same approach as I do in BTBAM of really having the bass be another layer and adding counterparts to what’s already happening.

11. Thanks for the interview. Any last words to our readers and your fans?

-I’ve always loved my time in Finland with BTBAM, so hopefully I’ll be over with Trioscapes soon! Cheers.