This is Elsa Piazzini‘s fan live report of the first stage of the Metalfest:

I was arrived to the Alcatraz very early, shortly after 4 and a half am, and I started my long waiting. Before 8 am we were more or less in four or five and the security has delimited the entrance with very advance, to understand better how to channel the people during the course of the morning and to permit the passage to the employees with the equipment. I waited until one pm when I could finally go inside with the long line of people that had arisen during the morning. Result: Front row, quite rightly with a good dose of curiosity!

Second band: Fueled By Fire
American thrash metal band that has continued to warm up the audience, giving the start the first mosh pit and wall of death.

Third band: Tryptikon
The most “dark” band of the evening, able to let fans get into the atmosphere of the songs. The lyrics with special attention to black melodies.

Fourth band: Alestorm
Right ones to turn the audience with their piratical and revelers songs, always of course in metal style, creating choruses and pure fun.

Fifth band: Legion Of The Damned
Powerful riffs and scratchy voice, a heavy live at the right point the end of which the singer also gave to me and to another guy as a gift the t-shirt of the band. 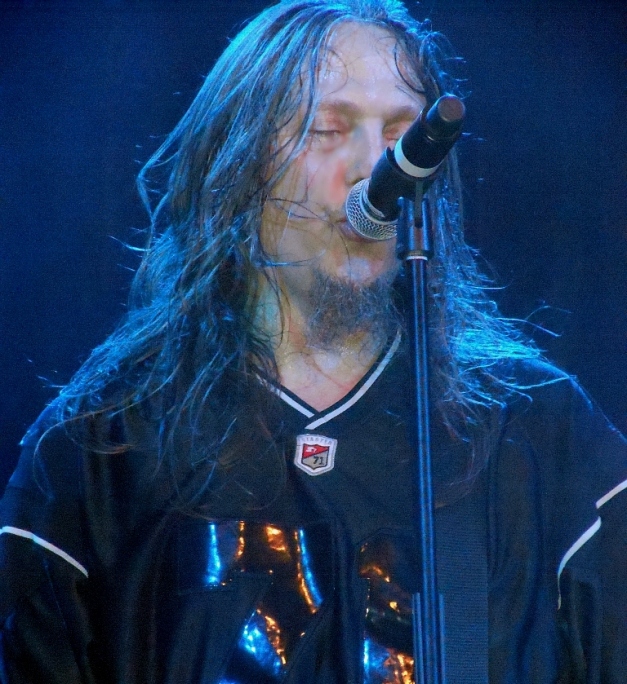 After more than 5 hours of music, it was time for me more important: HYPOCRISY performance that I had waited for almost 14 hours! A short but intense set list full of famous songs such as Fire in the Sky, The Eraser, Valley Of The Damned and of course Roswell 47 that has closed a very powerful show and felt, both by band’s members and the public. A suffered front row with so much headbanging and bruises because of the moshpit, but I guess it’s needless to say that every time it’s worth it.. it’s just passion, a healthy madness..

After this little struggle, I quietly left the space for the elated fans of Blind Guardian and Anthrax (the headliners) that, by veterans, have had the opportunity to attract attention and to blow up the adrenaline of all the fans in there. While I was near the exit with some other metalheads, I met again the singer of Hypocrisy, after seeing him perform last March with the Pain in Västerås (Sweden) and a month and a half ago with both of his bands in Karmøygeddon Festival in Haugesund (Norway).