Guitarist/vocalist Adam “Nergal” Darski of Polish extreme metal veterans BEHEMOTH has revealed to Terrorizer magazine that he has finally started writing material for the band’s next album.

“I’m planning to sit down on my arse this summer, in a few weeks, and start collecting more riffs,” he said. “We’ve written so many [riffs] already and we’ve got four or five songs that aren’t completed but we have the skeletons of what just needs to be jammed out with band before going on the next record.”

He continued, “We’ve changed our attitude with this album. We’ve cut down all the analyzing and thinking about the music. This album will be very instinct-driven and whatever comes out of our system will come out naturally on the record.” 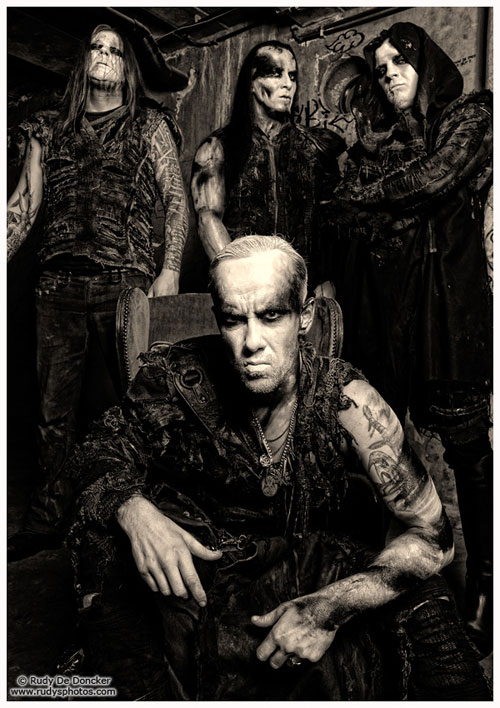 In an April 2012 interview with Metal Blast, Nergal stated about BEHEMOTH‘s next album, “We want to take our time and not rush ourselves in any way. . . It looks like it might be the most important album in our career. I want to make the most honest record and I won’t be bending to anyone’s rules or expectations, including [BEHEMOTH‘s record labels] Metal Blade or Nuclear Blast. Every next BEHEMOTH album is a surprise and is never the same. . . We don’t want to stress ourselves because the music business and the direction it takes is not as I would like it to be. That means we will be going against the current again and just do as we will and please. Whatever we do is going to be BEHEMOTH, 100%. It is the state of our will and nobody can deny it. I can tell you that we aren’t going to come out with a reggae or country album; it’s going to be BEHEMOTH, it’s going to be extreme. But don’t be surprised if people listened to it and said, ‘Fuck, they did it. It’s so amazing.’ [Laughs] That’s what I like to say when I listen to my own music. I love to surprise myself. I hate things that are predictable. I want to surprise myself and surprise other people, as well. . . Don’t get me wrong, I am a huge AC/DC fan and I expect AC/DC to be AC/DC, but don’t expect BEHEMOTH to put out another ‘The Apostasy’, ‘Demigod’ or ‘Evangelion’ album, because that will not happen.”