Interview with ALEX SIGMER: “Through our music we try to bring people to realize the freedom and peace, because our quarrels and conflicts eat us, it’s nothing compared to the tragedies of the cosmos and the universe.”

1.Hey Alex, welcome to Metal Shock Finland! How are you, and what are you doing right now?

Hello! Thank you for the invitation! at the moment our team is working on a notorious project, which we plan to record in the studio this year. Now a lot of work and I have to appreciate every moment.

2. First let’s talk about the early years. How was the Alex Sigmer band formed?

Our group was formed in 1999 and was known as Deimos. the main theme – the consistent celebration of personified space Objects. thereafter, we expanded the number of thematic focus of the group. albums such as In Heaven and Mortuary Refrigerator – a vivid example of this. Formation of the group – it is a long and complicated process, so one can not say how the collective was formed. It is most likely permanent work of several people, united by a common idea. 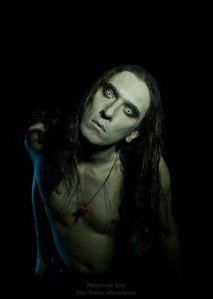 3. Which musical styles most influenced the band’s genre?

We never set ourselves any stylistic boundaries. However, I grew as a musician with bands as Iron Maiden, King Diamond, Napalm Death, Manowar, Marilyn Manson, Korn, ABBA and the Army of Lovers. Even the music school taught me to what you can not get involved in one style and listen to one author. Much of the credit belongs to the formation of my teacher Lyudmila Sergeyevna Rusishvili

4. How can you describe your music and what message do you want to send through your music?

Through our music we try to bring people to realize the freedom and peace, because our quarrels and conflicts eat us, it’s nothing compared to the tragedies of the cosmos and the universe. Storm consciousness of universal scale – this is a great opera, whose author is God. As the tragedy of lost life of the mind, they are dominant. Therefore, listening to our songs, one must consider whether or not to spend their precious hours and minutes to some minor quarrel.

5. The band’s last album “Holodilniki Morga” was released in February 2012 and its conception embodies themes of eternity, dark romantics and relationships. Why do you represent these themes in your album?

During the years of writing songs, I wasn’t just thinking about the eternity. Despite its distance from reality, I remain a man, who tend to experience the very tragedy of consciousness and being, which I mentioned above. The Song – it’s a stress, transformed into a sound. The songs took shape in a box, untill one day, I decided that I need to give them a chance to be born. I proposed this idea to the musicians and we recorded the album.

6. Can you say that this album is different from the others or has nothing changed?

This album features the sound. We have made it more an aspect. Of course, in Finland, which is an honest legislator of sound may be surprised by our sound. However, our Belarussian sound engineers felt that this creation in all its unformatted in the texts should sound softer than the previous album, and of course, it was a surprise to many that we have released all Russian-language disc. 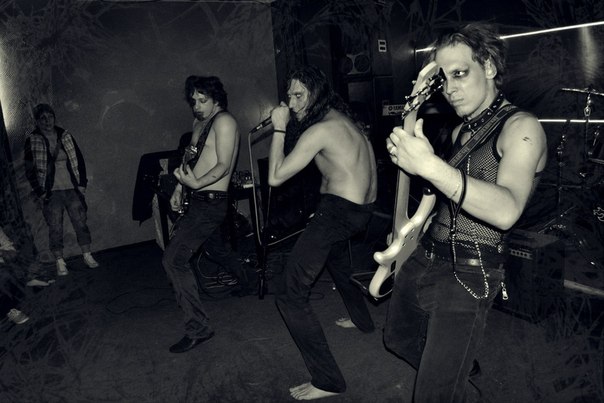 7. What do you think of sites posting your guys’ material and other bands material?

You know, I do not quite understand the question. when it comes to the illegal placement of the songs, then I, of course, i’m somewhat annoyed by such facts. but nothing helps. This was, is and will be. We can only hope for decent listeners.

8. What can fans expect from Alex Sigmer in the future?

We are constantly working to improve the show sound. We love the people who listen to us. Though it may sound snobbish, but we love every fan. Soon we will release new video and start recording a new album. In general, stay tuned on our website where you can read the latest news. I also plan to release a book “All the sins of Mankind” on september, which will include a novel, poetry and short stories.

9. Thanks for the interview!!! Any last words for our readers?

Never give up, always go forward with your head held high! Love one another, and let all the bad things remain in the morgue refrigerators. Good luck and success!