Brazilian metallers ANGRA tapped acclaimed Italian vocalist Fabio Lione (VISION DIVINE, RHAPSODY OF FIRE, KAMELOT) to front the band for their appearance aboard 70000 Tons Of Metal, the world’s biggest heavy metal cruise, which sailed Monday, January 28 from Miami, Florida and returned to the real world on Friday, February 1. Fan-filmed video footage of their performance can be seen below. 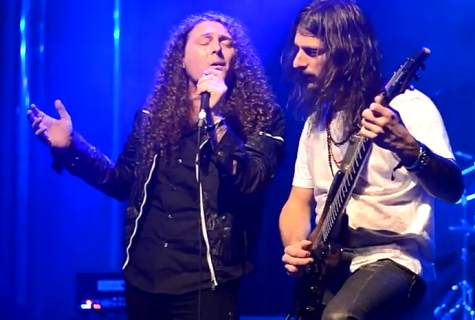 Singer Eduardo “Edu” Falaschi quit ANGRA in May 2012. He explained in a statement, “There comes a moment in a man’s life when it is necessary to make a radical decision in order to move forward with dignity and renewed energy.”

ANGRA has yet to announce a permanent replacement for Falaschi, who is focusing on ALMAH and other projects.