AMADEUS AWAD’S EON: First Taste Of “The Book Of Gates”

Amadeus Awad’s EON, the Lebanese progressive metal band, are currently recording their debut EP, “The Book Of Gates,” due for release this summer. Check out a teaser clip on the Reverbation link below, featuring Russell Allen (SYMPHONY X) as the Pharaoh and Amanda Somerville (AVANTASIA, TRILLIUM, EPICA, KAMELOT) as the Queen:

“The Book Of Gates” is a concept album, telling the story from the land of the Pharaohs, Egypt. Here follows a description behind the meaning of the artwork:

Spiraling into the depth of deception, hypocrisy and greed, the characters of The Book Of Gates travel through the fabrics of Life and Death’s epiphanies.
The quest for immortality, dictated by false doctrines and promises of lying priests, places a huge political burden on the reign of the pharaohs.
The Book Of Gates, the tale of a union separated by an abyss of psychological turbulence and the alliance of opposites.
Main characters :
– The Pharaoh (In The Tomb).
– The Queen (Statue In The Middle).
– The Necromancer (Transparent Wolf).
– The Keeper Of The Gates (Black Wolf). 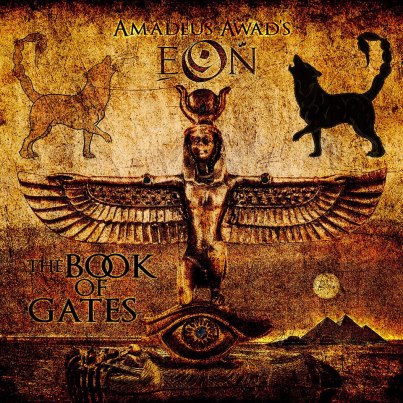 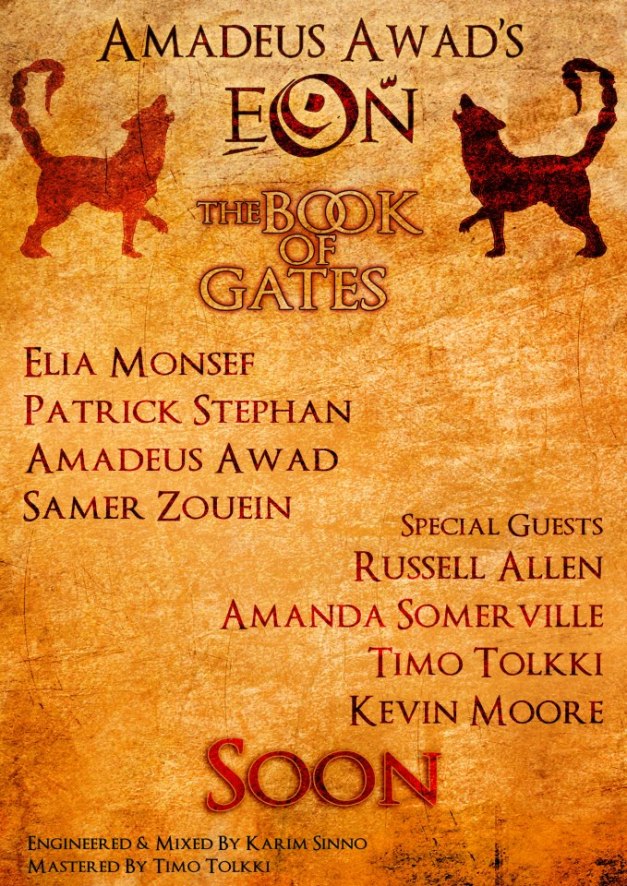