Mark Jansen comments: “’Faceless Spies’ is the last track on the album and deals about governments spying on their people, not only for safety reasons but also in order to control them.”
»Antagonise« is featuring 11 tracks, and will be released on January, 31st 2014 via Nuclear Blast. The band explains, that “it’s about the current state of the world in which a small group of elites have all the power and try to dominate humanity. The tension is rising and the outcome yet unknown.” 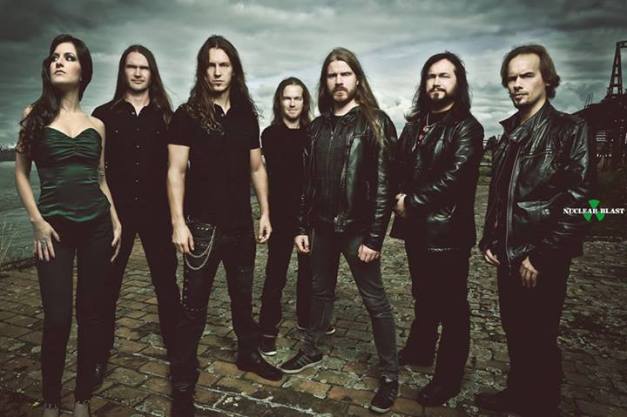 For more information about the lyrics and the production, watch the two album trailers:

The album was recorded at the “Sandlane” studio, along with producer Joost van den Broek (REVAMP, STREAM OF PASSION). Guests on ‘Antagonise’ are: Floor Jansen (NIGHTWISH, REVAMP), Marcela Bovio (STREAM OF PASSION) and the Greek virtuoso violinist Dimitris Katsoulis.

The tracklist of ‘Antagonise’ will be:

MaYaN will present the album within two shows in the Netherlands on the 30th of January at the “Mezz” club in Breda and the 31st of January 2014 at the “Tivoli de Helling” in Utrecht.

Watch a new trailer about those shows here:

Tickets are available from:
Tivoli: http://www.tivoli.nl/agenda/3737/Mayan-1
Mezz: http://www.mezz.nl/programma/MaYaN/26223
It’s also possible to buy a ticket in combination with the new (signed) album!

Check your Mayan calendar, as 2014 will be the year of MaYaN!