“I’m here to show off my new Warwick metal bass. It is actually metal, no knobs on this one – it’s always up to 11, so we have an on switch and an off switch. We put extra shocks in for protection. So when I see you on the road in September guys, he’ll be coming along!”

Check out the video clip below:

ACCEPT is planning to enter the studio in February to begin work on the follow-up to 2012′s “Stalingrad”. Helming the CD once again will be British producer Andy Sneap (MEGADETH, EXODUS, NEVERMORE, ARCH ENEMY), who worked on “Stalingrad” and the band’s critically acclaimed comeback effort, “Blood Of The Nations”. A late 2014 release via Nuclear Blast is expected. 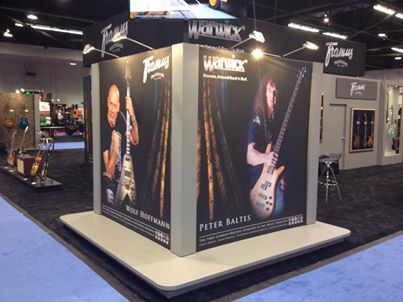