British metal legends SAXON have announced they will be embarking on a 35th anniversary tour. The announcement made via their official Facebook page can be read below:

“The Mighty Saxon are pleased to announce their 35th Anniversary Tour!

With a setlist 35 years in the making, the ultimate live band are putting together a set list that will explode into life this Oct/Nov/Dec, across the United Kingdom & Europe, with very special guests to be announced shortly.

The band are once again bringing the music to the people, playing venues large and small, with the words from the classic song “Denim and Leather” coming to life –

WHERE WERE YOU WHEN THE DAM BEGAN TO BURST?
DID YOU QUEUE FOR YOUR TICKETS THROUGH THE ICE & SNOW?

Dates and details to follow soon – Keep the Faith! 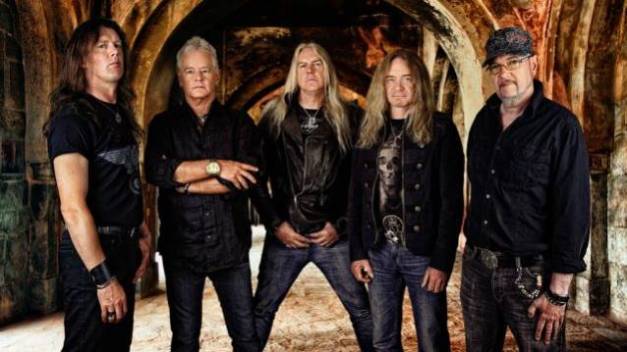