Posted by Stargazer on May 16, 2014
Posted in: Int. News. Tagged: Machine Head. Leave a comment

Robb Flynn, singer and guitarist for Oakland’s metal icons MACHINE HEAD, has posted a variety of photos from the studio sessions for the band’s upcoming album. The newest episode called “The Things I See” of Flynn‘s blog „The General Journals – Diary Of A Frontman… And Other Ramblings“ can be viewed here.

In the previous episode called “The Blackening It Ain’t” from April 30, Flynn told his readers more about the ongoing studio sessions and that the first two finished tracks (‘Killers & Kings’ and ‘Night Of The Long Knives’) have been sent off to renowned sound guru Colin Richardson for mixing. Read the entire article at www.facebook.com/machinehead

MACHINE HEAD recently released the prestigious 10“ vinyl EP “Killers & Kings” featuring the demo version of the title track as well as a cover of the IGNITE classic ‘Bleeding’. The EP is available in two differen colours (red & blue) and can be purchased with four differen cover artworks.

“I remember growing up in the thrash scene and always wanting to hear the demo version of songs,” commented vocalist/guitarist Robb Flynn. “You searched them out. Thankfully my buddy Jim was a big ‘tape trader,’ and through trading we had both METALLICA demos, EXODUS demos, bootlegs of songs sometimes ‘years’ before they came out. I knew how to play every note of »Pleasure Of The Flesh« by EXODUS, easily 2 years before the record was out! My friends and I would debate the merits of each, but we all agreed, It was so much cooler to hear it BEFORE the album is out! So we’re gonna do that for you. I can’t wait for you guys to hear this stuff.” 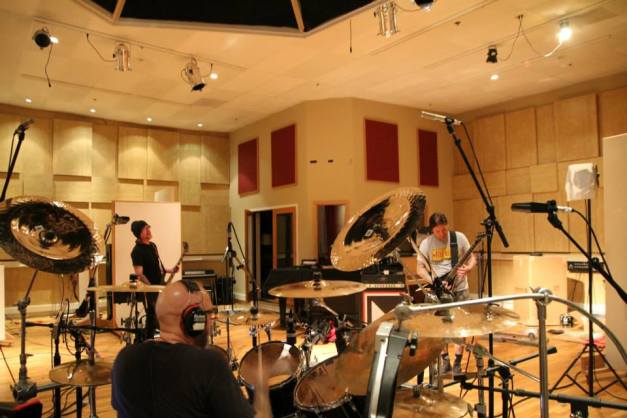