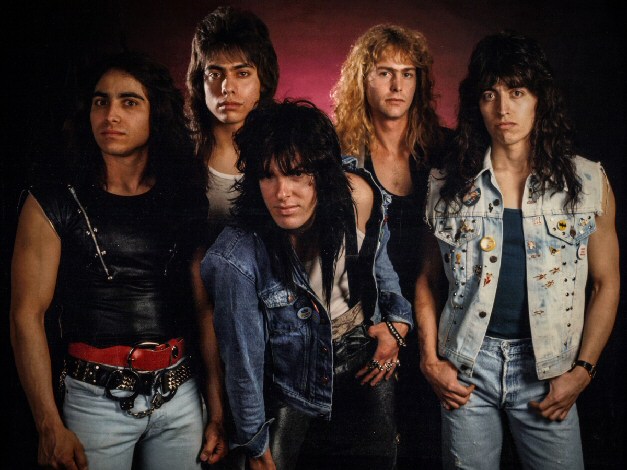 Legendary U.S. Heavy Metal act TITAN FORCE, inked the deal with Skol Records – label known from cooperation with bands such as S.A. SLAYER, SATAN’S HOST, SOLAR EAGLE or JACK STARR’S BURNING STARR. First TITAN FORCE release on Skol Records will be titled “Force Of The Titan”, and will include 12 previously unreleased studio tracks recorded in the ’80s: the complete demo from 1985 – recorded when the band was using TITAN name, feat. John Flores on vocals – and eight classic tracks known from the first two TITAN FORCE albums, in alternate and previously unreleased demo versions, with Harry Conklin (JAG PANZER, SATAN’S HOST, RIOT) on vocals. “All tracks were transfered from original tapes and have jaw-dropping sound quality” says Skol Records CEO, producer Bart Gabriel. “It’s incredibly huge honor to have them in SR, they are one of the amazing Heavy Metal bands that ever walked the earth. This compilation is just the beginning, we have few jokers hidden in our sleeve” he adds.

In other news, TITAN FORCE will appear at the – already sold out – KEEP IT TRUE FESTIVAL, which takes place on April 24 and 25, 2015 in Lauda-Konigshofen, Germany, and which will be headlined by recently reformed EXCITER (feat. John Ricci, Dan Beehler and Allan Johnson) and RIOT V, and at the UP THE HAMMERS FESTIVAL, which takes place on March 6 and 7, 2015, in Athens, Greece, and which also is already sold out.

TITAN FORCE was formed as TITAN in Colorado Springs, USA, in 1983, by Mario Flores (guitar) his siblings John (bass, vocals) and Stefan (drums). Line up was completed by Bill Richardson (guitar, keyboards). In 1987 the band recruited vocalist Harry Conklin (who at that time was involved with SATAN’S HOST), and except doing bunch of demo recordings, released two albums: “Titan Force” in 1988, and “Winner/Loser” in 1991, which are considered as classics of the Progressive U.S. Heavy/Power Metal. In 1993 TITAN FORCE co-headlined the legendary “Power Metal Gods” tour in Europe, along with ANVIL.