Posted by tarjavirmakari on December 2, 2014
Posted in: Int. News. Tagged: "Send Them All To Hell", 'Death Knell', Panzer, THE GERMAN PANZER. Leave a comment

Today the band releases the official music video on their album track ‘Death Knell’.  Check out the clip that was filmed in Hannover and produced by Kai Swillus here:

The first The German PANZER onslaught entitled »Send Them All To Hell« was unleashed on November 28, 2014 via Nuclear Blast.

Order your copy of »Send Them All To Hell« here: http://smarturl.it/PANZER-Hell 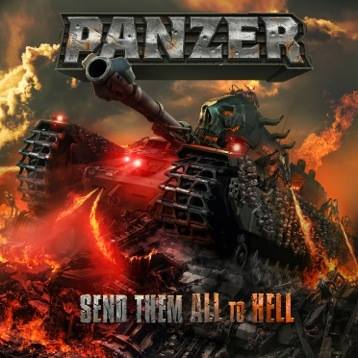