Posted by aliblackdiamond on January 18, 2015
Posted in: Int. News. Tagged: My Ruin, Tairrie B Murphy. Leave a comment

Tairrie B. Murphy, vocalist with MY RUIN has on her 50th birthday made the following statement, also announcing a new album:

“It’s after midnight in Los Angeles and the witching hour has come. It is officially my BIRTHDAY!

It’s hard to believe I have just turned 50 years old but I have and I am celebrating in the studio with champagne and the man I love who has had my back for the last 15 years. Thank you to my husband Mick Murphy for making this milestone the most memorable one yet. ♡

While many women in the music industry feel the need to hide their age in this day and age, fuck that, I have always stood in the truth of who I am as an artist so I am going to OWN IT!

This last year has been filled with many eye opening experiences both good & bad. I have learned that fools will take a knife and stab people in the back but the wise will take a knife, cut the cord, free themselves from the fools and move forward with a middle finger. I refuse to feed the egos of monsters male or female. Let them starve.

As I enter this new chapter of my life, I am entering a wiser woman and stronger than I have ever been. I have made my fair share of mistakes and learned hard lessons along the way but at the end of the day, it doesn’t matter what (or who) knocks you down, what matters is whether or not you get back up off the ground and how you react to certain situations. Pigs will be pigs but wolves don’t lose sleep over opinions of sheep. Honesty is still the holiest disease.

Besides touring with My Ruin Official this past year and designing a new ‪#‎MerchChurch‬ as well as several sold out collections for ‪#‎BGD‬ (thank you to all of my ‪#‎BlasphemousGirls‬ for the continued support, you ladies rule!), I have also recorded a song on the new Teenage Time Killers album coming out soon on Rise Records! As the only woman lending vocals to the project, I am beyond honored to be a part of it alongside so many incredible musicians and legendary artists.

Amidst this, I have been quietly keeping a secret very close to my heart which has allowed me to re-ignite a fire and create some personal magic on the microphone while re-discovering my first passion as an artist and producer. Something I have been longing to do for a very long time now. That being said, I have some exciting news I would like to share with you on this special day.

I HAVE RECORDED A NEW ALBUM!

While it may come as a shock to those who only know me as a screamer, it’s NOT a rock recording. It is a dark & witchy journey back to my hip hop roots with an old school West Coast influence and it is my birthday present to myself. That’s all I can say for now because I am currently mixing it but I can’t wait to unveil more about it in the coming weeks and share it with all of you soon.

As I ring in my birthday and celebrate my new album ‪#‎VintageCurses‬ today, I invite those of you who have supported me and my music in it’s many forms over the years to join me in a toast while I close this post with a (slightly altered) Tom Waits quote “Champagne for my TRUE friends and FUCK YOU to my sham friends” 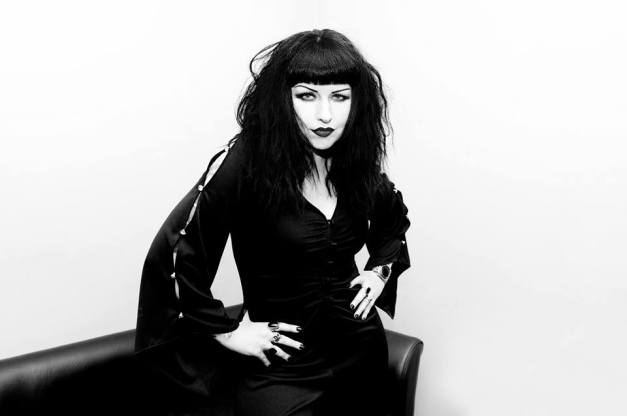