Interview With GUS G: “Ive already written all the new songs…We’re aiming to finish it by summertime”

Posted by aliblackdiamond on February 23, 2015
Posted in: Interviews. Tagged: 'We Are The Fire' European Tour 2015, BLACKDIAMOND, Gus G.. 5 Comments

FIREWIND creator and guitarist with Ozzy Osbourne, GUS G. has been very busy over the last year with his solo project. His debut album “I Am The Fire” was released in March 2014, featuring various artists including Mats Levén, Billy Sheehan and Jeff Scott Soto and received an overwhelming response from fans.

Gus has already done some touring with “I Am The Fire” but has just embarked on a new European “We Are The Fire” tour for 2015, along with vocalist Henning Basse, bass player Strutter and drummer Jo Nunez. Support on the tour comes from Italian metallers ARTHEMIS and young English rockers SKARLETT RIOT. I caught up with Gus before his first show in Nottingham on Friday 20th February, where we discussed the tour and future plans including shows and the next solo album. To hear what Gus revealed about his new album, favourite food and drink, FIREWIND and more, check out the interview on the audio player! You can also read some excerpts from the chat below. 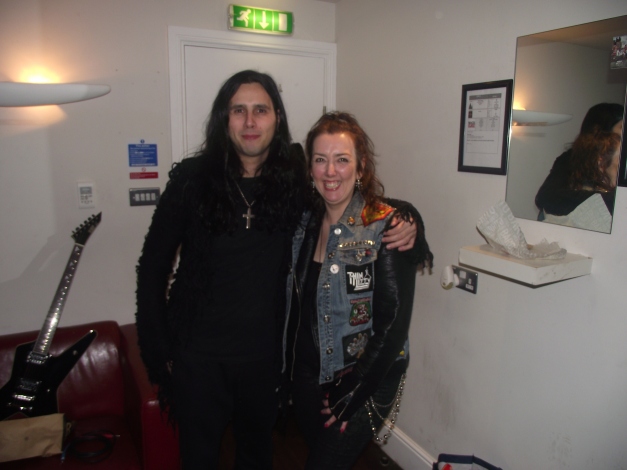 During our chat, Gus mentioned his next solo album, so I asked him more about it. Gus revealed:

“I’ve already written all the songs and we’ve just finished tracking drums. So once I go back home from this tour I’m gonna go back in the studio and start working on the guitars. So yeah, we’re aiming to finish it by summertime.”

“It will still be very much like that (last album) but with less guests. It’s going to be more like a close group of people that I collaborate and co-write with. I’m excited about that, it’s a very high energy album actually. There’s a lot more up-tempo and heavier stuff on it, a lot of guitar in it – just focusing a lot on songwriting. I love to have catchy tunes on there that rock hard!

I co-wrote some songs with Mats Levén and also wrote a lot of songs with Jacob Bunton – he also sang on the first album, he has more of a leading role in this album. There’s a couple more people that I’m not gonna mention right now, because it’s still not set.”

Asked when we would hear more from FIREWIND, Gus expressed:

“The reason why I haven’t made any official statements on the band’s website is because I still haven’t found a singer that I’m comfortable working with on a long term basis yet – I’m pretty close to one right now. And also another factor is because I need to feel really one hundred percent confident that the material is going to be killer and it’s going to be a great album.

So we decided with the band there’s no rush to go back in the studio and do another album and tour cycle – we’ve been doing that for ten years nonstop. Right now I have some ideas that I’ve been working on that I’m excited about, but we’re going to start working with this new singer and we’ll see what happens, if he’s the right one.”

Check out “I Am The Fire” at the Rescue Rooms, Nottingham: 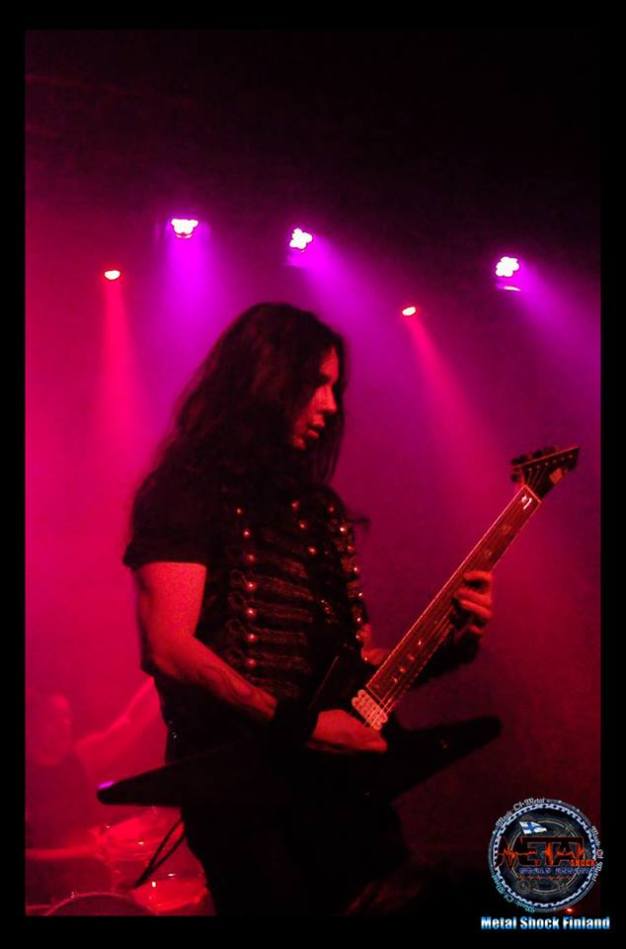 5 comments on “Interview With GUS G: “Ive already written all the new songs…We’re aiming to finish it by summertime””