TEN: ‘Tell Me What To Do’ Lyric Video Released

British hard rock giants TEN have released a lyric video for the song ‘Tell Me What To Do‘ from the forthcoming album “Isla De Muerta”, out May 20th 2015 via Rocktopia Records. The video can be viewed below:

Following on from the massive success of “Albion” released in Nov 2014, “Isla De Muerta” sees TEN continue their extremely rich vein of song writing form, however this time gravitating towards a nautical theme in difference to the strong Celtic themes of “Albion”.

With absolutely stellar reviews being returned for “Isla De Muerta” so far, many even more complimentary than “Albion”, TEN have now proven that the band are re-energised and re-establishing themselves as one of the most potent forces in the field of melodic hard rock today. The lead single ‘Tell Me What To Do‘ has been the most added track to international radio stations last week and continues to force its way into almost every rock play-list on every station across Europe, with additions also in the USA,Canada, Brazil and, of course, Japan.

The accompanying lyric video for ‘Tell Me What To Do‘ is intended to offer the listener just a little taste of what to expect from the album, and will no doubt whet the appetite for the full release which can be ordered in advance through http://www.rocktopiarecords.com, the first 250 copies of which will be signed by Gary Hughes. 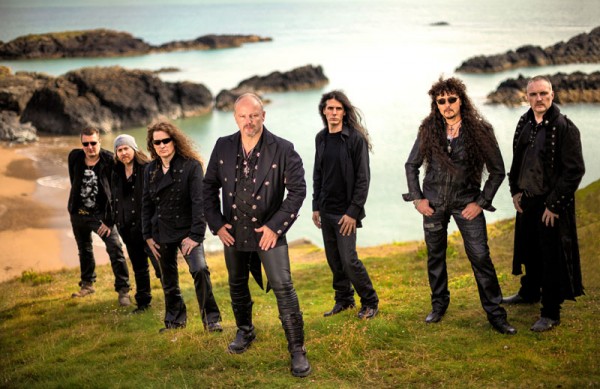