SUICIDE SILENCE To Be Direct Support To KORN On U.S. Tour

California based extreme metal titans SUICIDE SILENCE, will be direct support KORN on their U.S. headlining run this fall, issues Nuclear Blast. The band will be continuing their crusade in support of their juggernaut release You Can’t Stop Me, which came in at #16 on the U.S. Billboard Top 200 Chart upon its release last year.

“I have been going to KORN shows for about 16 years now,” says vocalist Eddie Hermida. “KORN was always a band that brought the rawest energy to the stage and I always looked to Jon for inspiration. Paradigm Shift proved that KORN will always be there for us freaks and I am beyond proud to be a part of this band’s history.”

The tour kicks off in Chicago, IL on October 1st and concludes in Tucson, AZ on October 30th. Tickets go on sale everywhere on July 22nd. 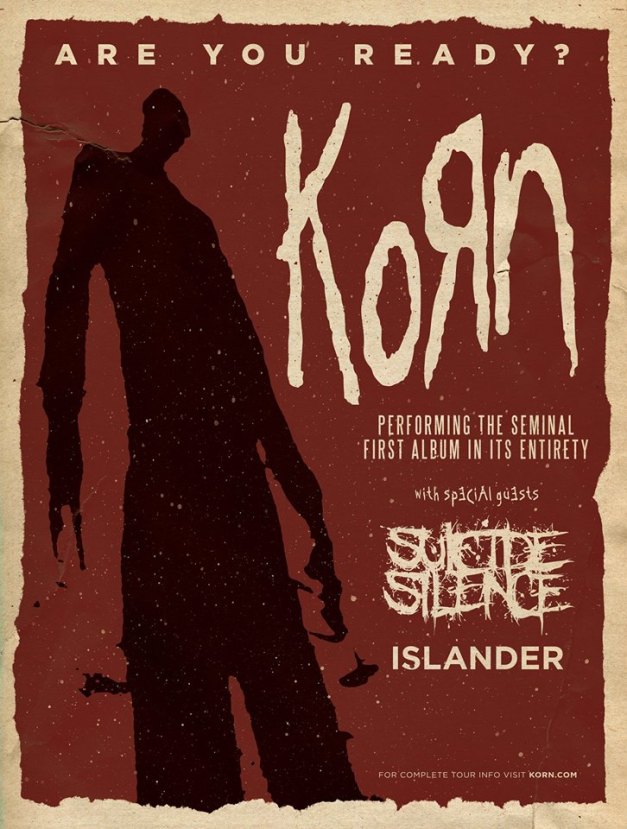 Order the new album on CD, digi-pak, or vinyl from the You Can’t Stop Me Landing Page: http://bit.ly/ss-ycsm-nbe