QUEENSRŸCHE’s highly anticipated new, full-length offering, “Condition Hüman”, is set for a release via Century Media Records on October 2nd. The album’s cover-art and official track-listing is now available, which you can see below. 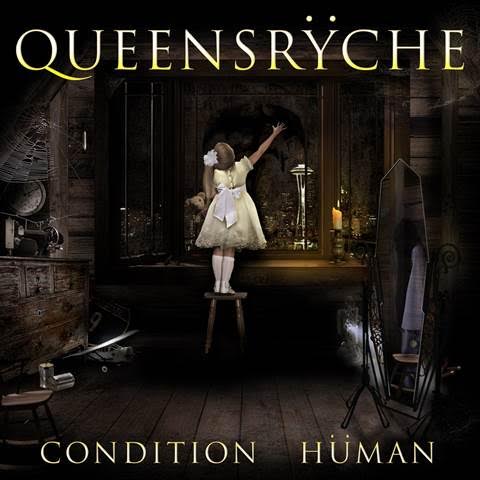 Todd LaTorre (vocals) states: “The artwork depicts a beautiful innocence surrounded by the darkness of a jaded unpredictable world.”

Against the formidable obstacles of an ever-changing cultural landscape, the rise and fall of various musical trends, and the near collapse of the record industry itself, QUEENSRŸCHE secured a triumphant legacy as one of hard rock’s most respected and celebrated acts, selling 30 million albums around the world across a 30-plus-year career.

The much-anticipated new offering, “Condition Hüman”, sees LaTorre deliver the performance of a lifetime on what is now his sophomore recording effort with the band. Produced by Zeuss (Rob Zombie, Hatebreed, Sanctuary) in the band’s native Washington, “Condition Hüman” is a new mountain towering over many of the peaks and valleys of the hard rock landscape.

The epic album opening track, ‘Arrow of Time,’ can be heard now exclusively at the link below:

Right now the band is finishing the last few dates of their European tour. Their first ever appearance at Wacken Open Air was a triumph and the successful journey continues with some shows supported by their friends Armored Saint and Death Angel.

Also, don’t miss QUEENSRŸCHE on tour as direct support to the legendary Scorpions across North America from September 10th to October 9th. For all dates head either see below or head over to http://www.queensrycheofficial.com

The band’s name is uttered in the same breath as many of the groups they looked to as influences and others who arose as peers. Queensrÿche built a dedicated legion of fans traveling the globe on tour with fellow rock giants like Iron Maiden, Guns N’ Roses, Metallica, Judas Priest, and Def Leppard. In recent years, they’ve consistently delivered high-octane live shows combining the hungry fire of a new band with the tempered experience of master showmen. Even with eleven gold and platinum plaques and a several Top 10 hard rock anthems woven into the very fiber of the genre, Queensrÿche won’t relent. In fact, they’re in the throes of a jaw-dropping creative resurgence. 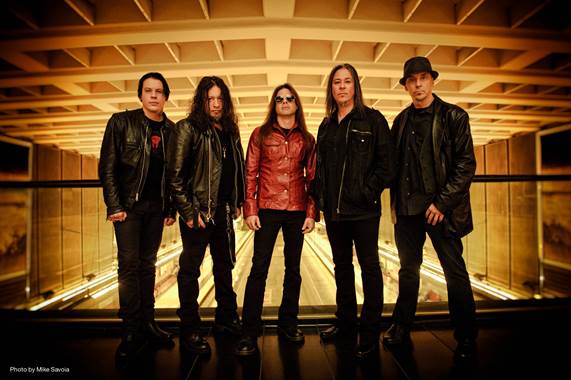