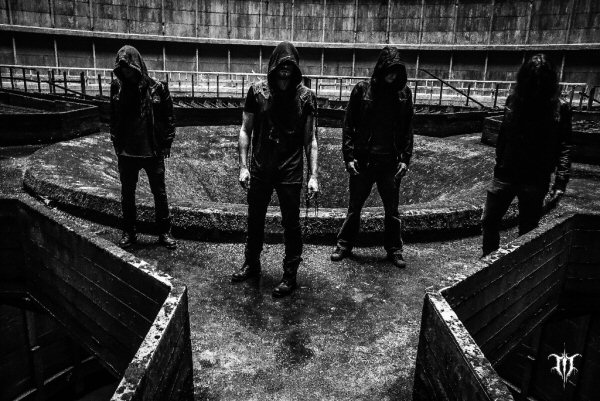 Season of Mist are proud to announce the signing of the Belgian experimental death and black metal band EMPTINESS. The band will release their next full-length worldwide next year.
Regarding the signing, EMPTINESS comment: “We are currently working on the follow-up to ‘Nothing But The Whole’, for which our aim is to release it in late 2016 on our new label Season of Mist. We also would like to thank Dark Descent for supporting us in our decision and for helping to spread the seeds of the void. Important news will follow in due time.”

Founded in Brussels, Belgium in 1998, EMPTINESS have since maintained a vision to explore darkness and horror, while taking musical inspiration from the extreme aspects of black and death metal, approaching these in a truly unique experimental way. The band have since created waves in the underground, and a cult following, after the release of 4 well-received lengths, the latest of which have earned the band several “best of the year” mentions.

EMPTINESS prefer to express their biography in their own words:

“Think having, think defending your turf, but once asleep I will dance on your bones. So go and hope boy… Go mash the roots of knowledge… Nothing really matters when you are nothing, nothing but the whole. But we know what lies behind the curtain; all is known but no one knows… These are the melting words, the tale of a burning man, the concrete and the anti-life. It’s so easy to open yourself and control hazard. Think those corpses are just alive for a little while, let them dance and love each other. And all will be blurring because all is not, each step tightening the knot more. The liquid and the light, as a start and an end. Between the two, being a flaccid stone. Breaking out of the egg, prison from the past. The past is death, so let’s get fried by the future. Escape with me, let’s get drowned in the lowland. There, sleeps the answer for all life and death. And remember, meaning is a liar, questions and answers never meet.”