The Metal Voice: GRAHAM BONNET “I wasn’t respectful of the audience or my penis” Documentary Conclusion 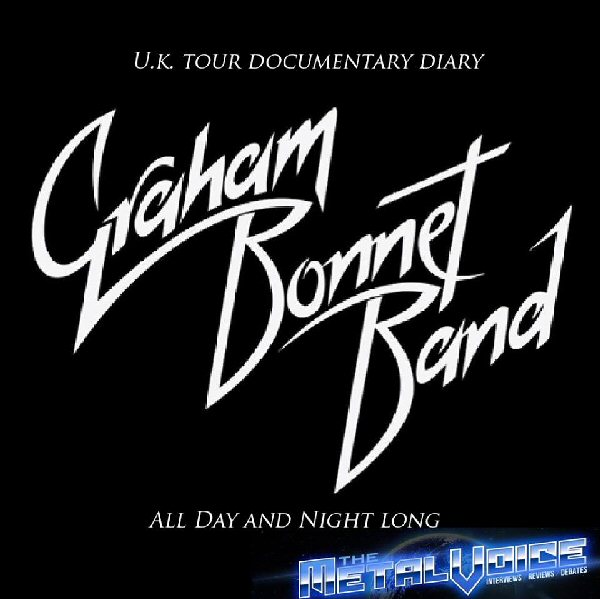 All Day and All Night Long is a documentary tour diary on Graham Bonnet (former lead Singer of Rainbow, Michael Schenker Group and Alcatrazz) and his newly assembled Graham Bonnet Band, it follows the band in the studio, at rehearsals and on their first proper tour of the U.K.

A multi-part diary covering the band’s experiences as the tour progresses and unfolds. The documentary tour diary is produced by filmmaker Jimmy Kay from Canada’s The Metal Voice and manager Giles Lavery of The Graham Bonnet Band.

Part Four finds the band in a few Spinal Tap moments; the band’s van trapped in mud at the side of the highway halfway to Newcastle and stuck in an elevator at Sheffield 02 Academy.

In Manchester, Graham Bonnet apologizes on stage for exposing himself on stage when fronting the M.S.G. band in 1982 which got him fired. “I just wasn’t very respectful of the audience or my penis”. The documentary also includes an interview with an audience member who was an eye witness of the whole M.S.G. incident back in 1982.

GRAHAM BONNET BAND’s new album, which will be made available later in the year via Frontiers Music Srl, will also include a bonus disc of brand new recordings of classic songs from the Graham Bonnet repertoire.