Due to unleash their self-titled debut on June 3rd via Metal Blade Records, POISON HEADACHE is now launching their third single, ‘Gray Skies’, in anticipation of their album’s release. To listen to the new track from the San Diegan metallic-hardcore trio, please visit Rock Hard Germany for the stream!

For another preview of ‘Poison Headache‘, be sure to check out the following previously released singles:
–’Sin Eater’: noisey.vice.com
–’Conspirator’: metalsucks.net

To pre-order the album, please visit: metalblade.com/poisonheadache, where the record is available in various formats. 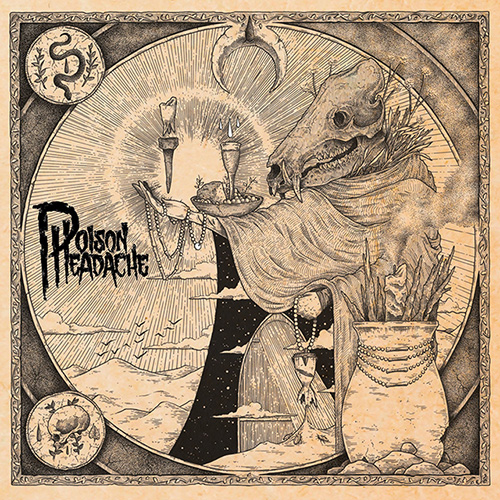 Prior to POISON HEADACHE‘s release, Southern California fans can hear the record in its entirety at a special album listening party, which will take place on May 21st at Brick by Brick immediately following the Soulfly show. The event will feature “Hail, Colossus” – an exclusive, small batch beer by Coronado Brewing Co. – plus giveaways for POISON HEADACHE CDs, t-shirts, and more. Located at 1130 Buenos Avenue, San Diego, CA 92110, the party is 21+ with no cover; for more information, please visit: brickbybrick.com