Since the explosive comeback of ACCEPT, he created even more of a great reputation with his guys in the band, releasing three successful and stunning heavy metal albums and played eye catching and headbanging concerts around the world. Now Wolf Hoffmann is going to see the release of his new solo album, “Headbangers Symphony”, twenty years after his first solo release, “Classical”. This will surely be another explosive comeback for the fans and most likely another success in his career.

The album is set to be released on July 1st 2016 via Nuclear Blast and it is indeed a masterpiece in the Neoclassical metal genre. I have had a chance to hold another interview with Wolf and discuss “Headbangers Symphony” with him. Some excerpts can be read below:

Starting our conversation about the process of the album from the very beginning, discussing which song was the first on the album, Wolf explained:

“Oh my gosh, I don’t even recall that to be honest, that’s a good question, that I don’t know. I don’t even precisely know when I started on this process – I think I started gathering ideas for a follow up album about ten years ago I would say and it developed step by step from there.

First it was just an idea, then I found this guy Melo Mafali. First, before I found Melo I was actually co-operating with some other guys, but I was never very happy with the results. ‘Cos I knew I needed a helper and a companion from the classical world, because I’m not classically trained and I can’t write scores for orchestras – I can hear it in my head, but I can’t physically do it myself. So, first of all I was looking for someone to work with and I went through several people and then I finally tracked down this Melo guy, who I knew from before. We started working and that’s when it all started to happen very fast. That must’ve been around 2007 or 8.”

What were the difficulties he faced during the writing of this new album, Mr Hoffmann answered:

“Musically it wasn’t really that difficult to be honest, it went really smooth. We did a round of demos initially all these years ago, I think we did about five or six songs in a week or so and it was really not that difficult, because I was so fond of these compositions that I sorta knew in my head what I wanted to hear. And I just came up with some riffs that work around it and we worked on those arrangements until we were happy and we did all of that just on the computer, you know just the two of us with a drum computer and I played guitar.

Melo plays keyboards and he plays string sounds and that’s how we worked. So we built a rough demo and then the big tragedy if you want, was that Accept got back together, right in the middle of all this. And then all of a sudden I had no more time and it just sat there for years, untouched. It was painfully slow because I was always busy, poor Melo always had to wait for this. At some point we both thought ‘this is never gonna happen!’ (laughs)”

We continued our conversation on “Headbangers Symphony”, you can listen to the whole of it on the Audio Player below, but Wolf astounded me by a kind of tragic news; Romeo and Juliet are left behind?! Check out how Wolf Hoffmann surprised me:

“Devin Townsend played a bass track for me. Unfortunately, that track did not even make it onto the album yet because there were some legal issues. It’s a great track which broke my heart that we couldn’t make it on the album, we will release it soon. It’s Romeo and Juliet, by Prokofiev, it’s ‘Dance Of The Knights’, it’s almost one of my favourites and Devin Townsend played an amazing bass track on it.

The problem is that the author has only been dead 68 or close to 70 years, something like that, so it’s not quite over the limit of where it becomes public domain. So, instead of taking any chances, the label decided to ask for permission and the permission never came, because it was dragging on and on and on. And in the meantime they decided we have to go ahead and release the album without the track. And now of course we got the permission from the family to use it, but it’s too late now, the album’s already printed.

The song turned out really good and so it’s too bad it didn’t make it – it fit on there really well, it rounded it off even more. But hey, it is what it is and sometimes you gotta move on and suck it up, what else can you do.”

Wolf Hoffmann has another surprise for his fans, he and a professional team have been working on a new video, a clip which you may have also wished to have for “Classical” too, as I did. Check out Wolf’s statement on this subject:

“Ah you got some spies here somewhere! It’s supposed to be a bit of a surprise, so I probably shouldn’t even say what it is, I think we had a pretty cool idea how to present this song. The video is called Bald Mountain, I can tell you that already. It’s hopefully coming out sometime soon, we’re at the editing phase right now and it’s gonna be released just before, around the release date of the album I think.”

You can listen to the whole of this interview on the Audio Player below: 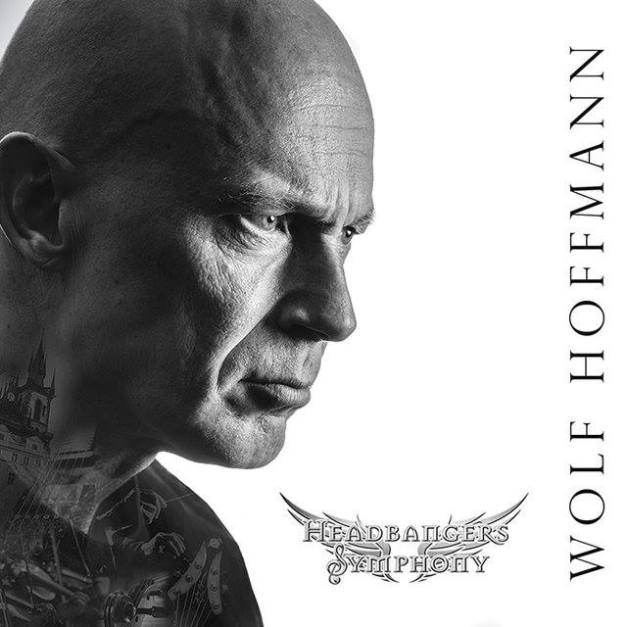 Wolf Hoffmann’s “Headbangers Symphony” is available for pre-order at the following links:

*  Wolf Hoffmann’s “Headbangers Symphony” has already been reviewed by Metal Shock Finland and can be found here.