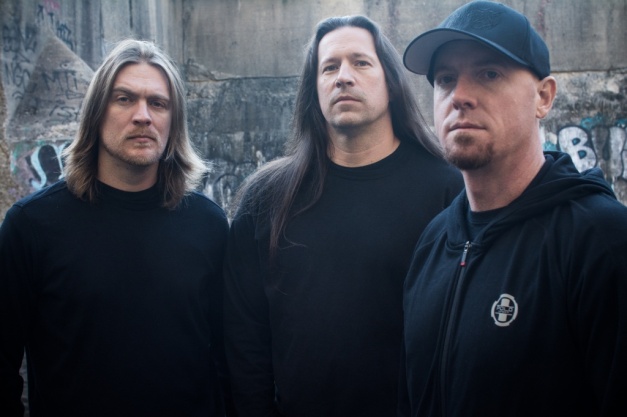 Relapse Records is excited to announce the vinyl reissues of DYING FETUS‘ five most recent full-length albums including Reign Supreme (2012), Descend Into Depravity (2009), War Of Attrition (2007), Stop At Nothing (2003) and Destroy the Opposition (2001). This will be the first repressing of each album since their initial release. All five LPs will be pressed on black vinyl along with a special clear with blood red splatter edition limited to 300 copies each worldwide. Each album will contain special bonus tracks from the original recording sessions that were previously never available on vinyl.

The DYING FETUS vinyl reissues are due out March 24th via Relapse Records. Pre-orders are available and full details on each reissue are available now through Relapse.com at this location. Stream these albums along with the band’s full catalog via Bandcamp here.

Additionally, DYING FETUS recently completed recording their highly anticipated 8th full-length album which will see a Summer release via Relapse. More details will be announced shortly. DYING FETUS will embark on a full European tour with Hatebreed this Spring. The band will also play a special show in Philadelphia, PA where they will shoot footage for an upcoming music video with director Mitch Massie (Cattle Decapitation, The Dillinger Escape Plan). A full listing of dates is available below. 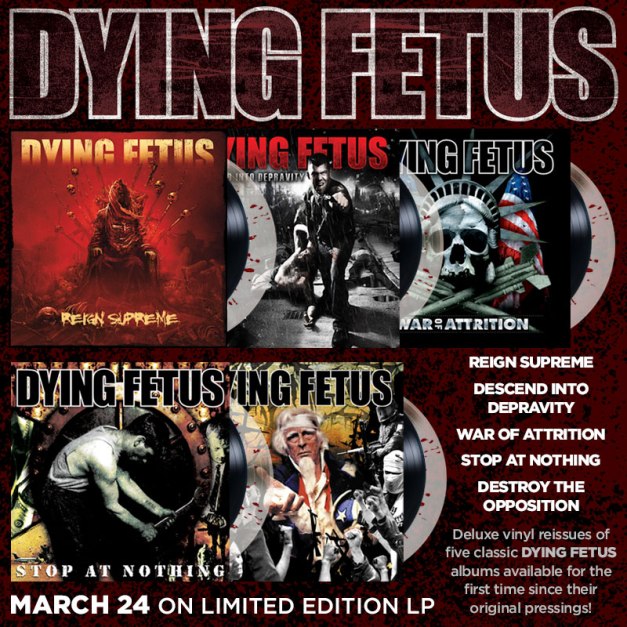