Posted by tarjavirmakari on October 9, 2017
Posted in: News. Tagged: "I Am Legion", "Of Blackened Wing", Witchery. Leave a comment

Swedish blackened Thrash Metallers WITCHERY are now launching a second single and video for the track “Of Blackened Wing”, off their upcoming album “I Am Legion”, to be released on November 10th, 2017 via Century Media Records.

Check out “Of Blackened Wing” in a video by Martin Hultgren / Gryt Film here:

Or stream the track and pre-order “I Am Legion” here: http://smarturl.it/WITCHERY-IAmLegion

WITCHERY guitarist Jensen checked in with the following comment about “Of Blackened Wing”: “‘Of Blackened Wing’ is a song that perfectly combines both the old and new sounds of WITCHERY. It mixes the thrashing touch of old with the grittiness and rawness of new. It’s one of my personal favorites on the “I Am Legion” album and it will definitely be a part of our set for our upcoming live shows.”

As with last year’s previous album “In His Infernal Majesty’s Service”, “I Am Legion” was created in the WITCHERY line-up consisting of Angus Norder (Vocals), Jensen (Guitar), Rickard Rimfält (Lead Guitar), Sharlee D’Angelo (Bass) and Chris Barkensjö (Drums). The album was also produced and mixed by Daniel Bergstrand at Dugout Studios (Behemoth, In Flames, Meshuggah) and comes packaged in powerful artwork by Andreas Diaz Pettersson. 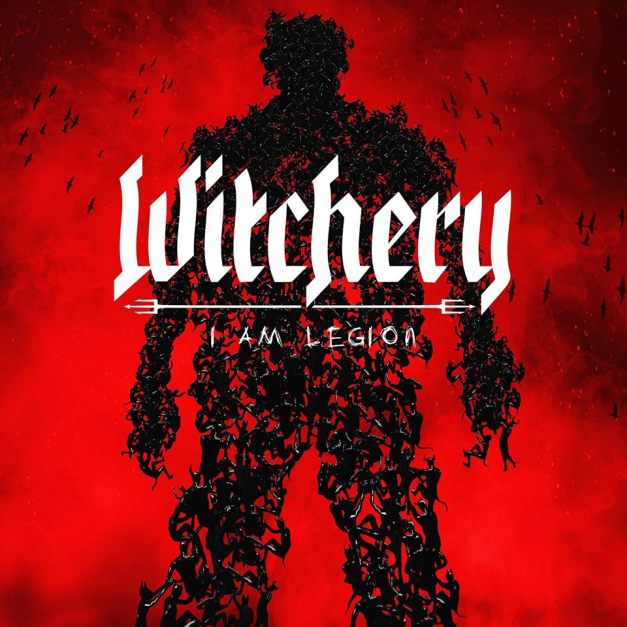 Here is the tracklisting and formats overview for “I Am Legion”:

The album’s initial CD pressing comes as Digipak with 2 bonus tracks: “Ragnarök” and “Apex Ghoul”. “I Am Legion” is also available as 180gr. vinyl version on either black vinyl or limited coloured runs on clear vinyl (100x copies via CM Webshop) and transparent red vinyl (200x copies via CM Distro). Pre-order your copy while supply lasts!

After just having wrapped up a string of Swedish dates supporting The Haunted, WITCHERY have recently been added to both the upcoming editions of the Close-Up cruise as well as to the 70,000 Tons Of metal cruise. Here is a list of the band’s upcoming shows: