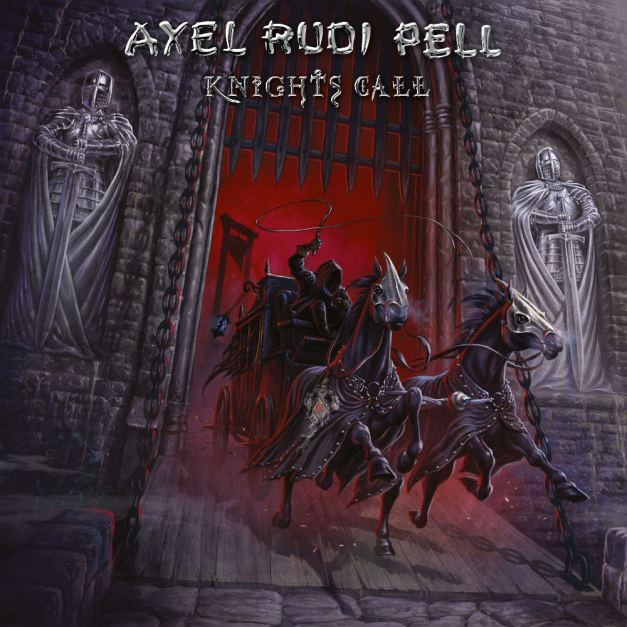 “I’d rather have long-term success than the hit album everybody is always referring to.” Axel Rudi Pell knows exactly what he is talking about. His solo career has lasted for almost three decades now. In the international hard rocking universe, Pell is nothing short of a phenomenon: a musician who flies under the radar, but certainly isn’t invisible. He’s an honest worker who has learned his skills from scratch. He’s never experienced writer’s block, has never followed trends or fashions. You know what to expect from him.

So, what’s new? “Game Of Sins” from 2016 was a huge success and peaked at no. 11 in the German charts. Its successor is called “Knights Call” and studio album no. 17 (in words: seventeen). That’s a fact and more than a symbol of steadily releasing albums on SPV/Steamhammer, Pell’s tried and trusted label since 1989. More than 1.5 million people worldwide have bought Pell’s albums. What an impressive number! But there is no reason for the axeman to rest on his laurels. “Why should I retire?” asks the 57-year-old. And answers his own question: “As long as I can do what I like I’m the happiest man in the world.”

Basically Pell is living his very own dream: He has turned his hobby into a profession. But there’s also a lot of determination involved. His ongoing passion drives him all the time, he’s always on the lookout for a better chorus, a better solo, a better bridge, a better song. “Writing songs is like a lot of things in life: It’s my way or the highway!” His confidence in his abilities is enormous, but he also knows that he can rely on his German-American dream team featuring singer Johnny Gioeli and drummer Bobby Rondinelli. And of course, his fans are very important to him. “For me, direct feedback is essential. Playing only in the studio would be boring. Who would sign up for that?”

AXEL RUDI PELL 2018 is about more grooves, more melodies and more diversity. The mix between medieval mysticism and fantasy folklore is still there, but there’s been a bit of fine tuning.

“Knights Call” will be released March 23rd, 2018 through SPV/Steamhammer in the following configurations: