Posted by tarjavirmakari on February 8, 2018
Posted in: News. Tagged: "Fire Is Her Name", EVIL DRIVE, Ragemaker. Leave a comment

Finnish female fronted metallers EVIL DRIVE are going to release their new album “Ragemaker” on March 30th, 2018 via Reaper Entertainment Europe.Today, the band has released a video clip and first digital single “Fire Is Her Name”, watch it below. The video was produced by Finnish video director Tino-Viljami Vanhala in September 2017.

The band states:
“Fire Is Her Name” traditional and straightforward band video. We believe that the song itself is strong enough to carry on through the song with no useless tricks or gimmicks. It‘s a kind of old-school video, it‘s simple but it also a bit splashy at the same time. “Fire Is Our Name” is our first video with no actual script, and it was a refreshing way to work this way for a change. Maybe there will be more like this in the future or then not?

Singer Viktoria adds:
“Fire Is Her Name,” tells about a woman, “a Devil woman.” She is a strong, beautiful, explosive and unpredictable woman. Today she can be a lovely lady and tomorrow the devil has to pay. She has a goal, and she is committed to doing it. But nobody doesn’t know how or when she will achieve her goal. Maybe it goes over; you can never know? When I started work these lyrics, I had no ambition to write anything with this name. I just took a pen and paper and wrote down the words. Perhaps those just escaped from the dark corners of my mind? If I’m speaking frankly, this character is a bit like me in real”.

Pre-order »Ragemaker« digitally and receive the track ‘Fire Is her Name’ instantly or stream the song: http://www.reapermusic.de/evildrive

“Ragemaker” will be available as CD-Digi, colored Vinyl and digital! 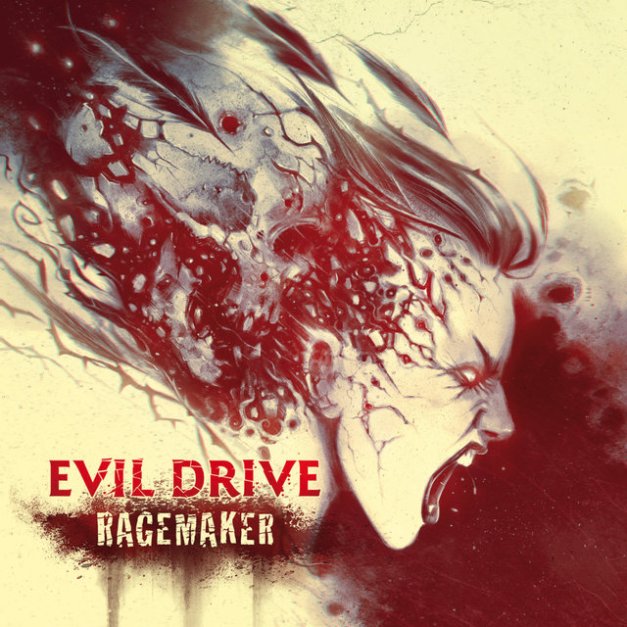