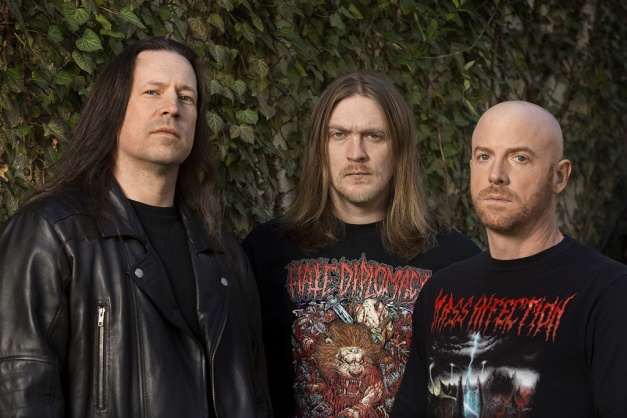 DYING FETUS’ recent full-length Wrong One To Fuck With is available worldwide on CD/2xLP/Digital via Relapse Records. Physical packages are available via Relapse.com HERE and digital downloads/streaming AT THIS LOCATION. Wrong One To Fuck With is receiving high end of the year praise charting on notable album of the year lists such as Loudwire (Album: #4; Song: #8) and Exclaim (#9).

A full collection of DYING FETUS music video and live performances is available via YouTube HERE.

DYING FETUS once again raise the bar of sonic extremity with their 8th studio album and first new material in over 5 years, Wrong One To Fuck With. The seasoned veterans manage to further stretch their creative and technical boundaries across 10 complex tracks of pulverizing death metal, filled with more dynamic intricacies, brutal breakdowns and varied vocal patterns than ever before. Now over 25 years into their distinguished career, DYING FETUS cement their legacy with Wrong One To Fuck With and uphold their position as the most dominant force in death metal today.