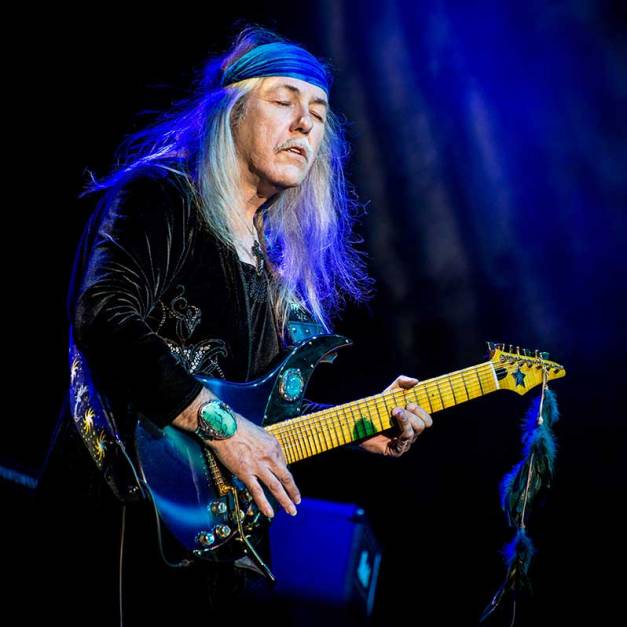 The former Scorpions guitarist Uli Jon Roth, widely regarded as one of the greatest guitar players ever, is pleased to announce British newcomer Kaleb McKane as his special guest on Uli’s upcoming UK November Tour. Kaleb recently released his first EP “Universe in Reverse” produced by Miles James (Michael Kiwanuka, Emile Sande) and mastered by Gavin Lurssen (Foo Fighters, Queens of the Stone Age).  The EP received rave reviews from the press and fans alike. In 2019 Kaleb will release his debut album.

Uli Jon Roth is one of the last greats who is still around to present his magical style of playing which he already forged in the late Sixties when he was still in his teens. Uli played his first ever show in December 1968 – at the age of 13 – and to celebrate his upcoming 50th Stage Anniversary, he will play 6 very special UK concerts.

The two hour-plus programme will consist of carefully selected highlights from Uli’s entire musical career, which – by now – is spanning no less than 5 decades! The amazing thing is that Uli Jon Roth keeps on getting better, as we have seen amply demonstrated by his astonishing and powerful recent appearances at the G3 Tour of Europe and the UK with Joe Satriani and John Petrucci.

In recent times, Uli has successfully revisited the early music of his celebrated Scorpions days which resulted in the superb “Scorpions Revisited” double CD and “Tokyo Tapes Revisited” DVD/Blu-Ray releases. The 50th Anniversary set will naturally include the best of that timeless material, including The Sails of Charon, In Trance, Fly to the Rainbow and many other songs.