Since 1999, Devin Townsend and InsideOutMusic have enjoyed a highly successful and fruitful relationship together, releasing studio albums under his solo guise, Devin Townsend Project & Casualties of Cool, as well as live releases recorded at landmark shows in Devin’s career at the Royal Albert Hall and the Ancient Roman Theatre in Plovdiv, Bulgaria to name but two. Now they are pleased to cement that collaboration by signing a brand new contract on the eve of their 20 year anniversary of working together, for the release of new albums including the forthcoming ‘Empath’ in 2019. 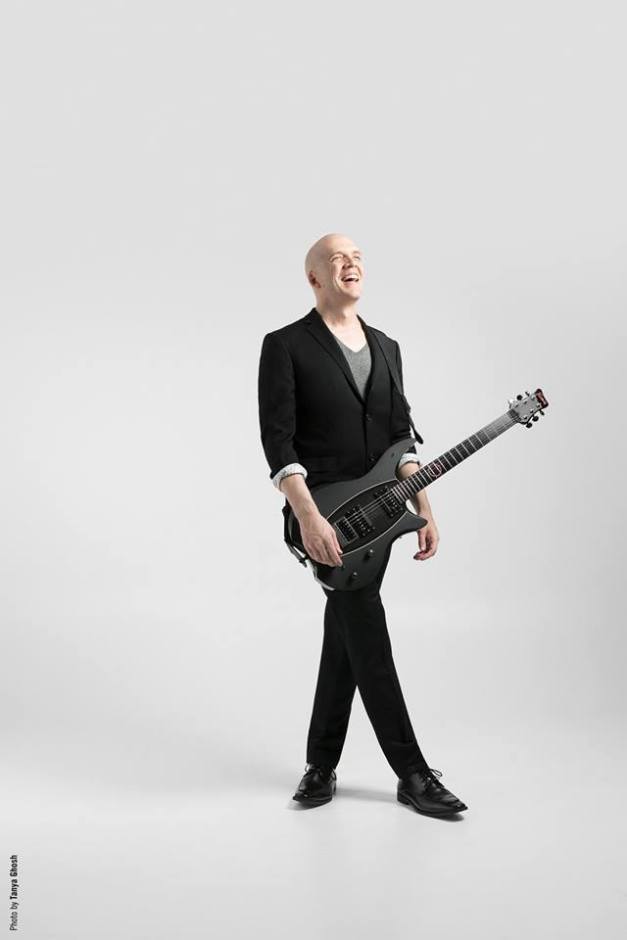 Devin comments: “In an Industry that is tenuous at best, we need to make alliances. In opposition to the old ideas of ‘us against them’ when the discussions turn to art vs commerce, we need allies. I have been an independent artist for many years, and 20 of those years have been with INSIDE OUT MUSIC. When others were afraid to really put effort into packaging, product, and the actual recordings, due in large part to a dwindling industry, INSIDE OUT has championed my work since the turn of the century.

Because throughout it all, more than anything, I want the art and the music to be done correctly. I want to learn from my missteps and I want a group of business partners I can rely on to go to bat for unconventional music in ways I simply could not do on my own. I’m proud to say I’ve been with INSIDE OUT for many of those years that have defined me as an artist. It’s a pleasure to re-sign with them for my newest works. Thank you.”

InsideOut label-head Thomas Waber comments: “I consider it to be a privilege and an honour to have been able to play a small part in enabling this truly unique artist to fulfil his artistic visions over the years. For me Devin is one of the most important and outstanding leftfield artists out there today. In a musical climate where formats triumph over artistic freedom, Devin’s visions are refreshing and a much needed breath of fresh air. An alien in search for the ultimate coffee bean? Bring it on!

Working with Devin and his team feels like working with family, which is something that i can’t stress and value enough. I remember when he sent me Physicist and the album sounding very alien to me, but his sensibilities for melodies and arrangements came through loud and clear and of course with Kingdom the album had one of the best tracks of all time! I am truly excited about the new album Empath and wherever else Devin will take us over the coming years!”

Devin’s manager, Northern Music’s Andy Farrow adds: “Having managed Devin for nearly 10 years and seen him grow from the Islington Academy to selling out the Royal albert Hall in 4 days, it has been one rollercoaster of a journey. Devin is an artist that never sets sail on one course musically as I learnt over the course of 8 albums and various DVD’s, and sometimes this can be challenging both for the manager and the record label. However we have found that in Inside Out via Devins ‘Hevy Devy’ imprint we have a partner who are flexible enough to enable a truly creative musician / artist, complete artistic control and musical vision.”

In what has been a rare quiet year for Devin when it comes to touring, there has still been plenty of activity. On the 22nd September 2017, Devin Townsend Project played a special show at the Ancient Roman Theatre in Plovdiv, Bulgaria, celebrating the 20th anniversary of the landmark Ocean Machine album in full, as well as a set of fan-requested tracks alongside the Orchestra of Plovdiv State Opera. This concert was filmed, and recently saw its release as ‘Ocean Machine – Live at the Ancient Roman Theatre Plovdiv’.

Watch two clips from the release below:
Regulator:

Devin’s varied back catalogue is also being celebrated with lavish vinyl box-sets under the name of ERAS.

Having already released parts 1 and 2 earlier this year, December 7th will see the release of part 3, which features some of his most recent work with Devin Townsend Project, including the albums ‘Accelerated Evolution’, ‘Epicloud’, ‘Sky Blue’, ‘Transcendence’ & the first ever vinyl release of the second part of the DTP’s now legendary Royal Albert Hall show. Pre-order your copy of this deluxe 10 LP box-set here: https://devintownsendproject.lnk.to/ErasIII