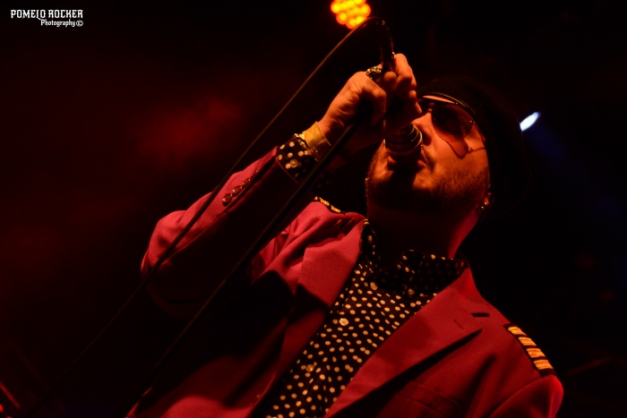 The popular nightclub The Circus, located in the center of Helsinki, was chosen to host the second edition of Rockin’ Scandinavia, a melodic rock event which took place for the first time in Tampere last year. This time the line-up included two Finish hard rock bands, TEMPLE BALLS and ONE DESIRE, the latter one also participating in the first edition. But the main attraction were very special guests from neighbor Sweden, no other than THE NIGHT FLIGHT ORCHESTRA, the retro-rock ensemble featuring members of metal giants such as SOILWORK and ARCH ENEMY. Around 9 PM, people started to show up despite the harsh weather and the long evening coming up.

See all the photos HERE!

TEMPLE BALLS were the ones in charge of kickstarting the event. The band was very proud to introduce their newest studio album “Untamed”, using the opportunity to showcase some fresh material. The energetic one-hour set included brand-new catchy tunes such as ‘Distorted Emotions’ and ‘Hoist the Colors’ together with some killer tracks from their debut album “Traded Dreams” (2017) like ‘Let’s Get It On’ and ‘Hell and Feeling Fine’. Being a local band, they seemed to have their own fans supporting them in the front row. Their sound reminded me of AEROSMITH and POISON, and although a bit amateurish due to their young age, they were a fun band to watch.

After a short break, ONE DESIRE took over the stage with their melodic and sometimes romantic approach to rock. Their sound features a lot of keyboards and some very interesting guitar work. The forty-minute set was based on their eponymous debut from 2017, although they announced that we can expect some new material before the summer. In addition to ballads such as ‘This Is Where the Heartbreak Begins’ and ‘Falling Apart’, they also rocked with heavier songs like ‘Apologize’ and ‘Hurt’. Frontman André Linman seemed very touched by the positive reaction of the audience, and he delivered a strong performance despite having a flu. Kudos for him!

Around midnight, THE NIGHT FLIGHT ORCHESTRA, came to the stage wearing fancy outfits and began their show with the title track of their newest release “Sometimes the World Ain’t Enough” (2018), which sounded a lot heavier than in the studio. The cool keyboard intro, contagious beat and amusing lyrics of ‘Living for the Nighttime’, helped to keep the party going on. With ‘Speedwagon’ they slowed things down a bit, adding some extra melody to their recipe. A powerful version of fast-paced ‘Midnight Flyer’ allowed captain Speed to shine with a memorable vocal line, supported by cute flight attendants. A wild rendition of ‘Turn to Miami’ made everybody dance to that irresistible disco beat.

‘Star of Rio’, another bombastic tune from “Amber Galactic” (2017) kept things very intense with a superb guitar riff intro by maestro David Anderson. ‘Gemini’ is one of my favorite TNFO tracks, and the audience seemed to agree with me based on their reaction, it’s just so sticky! Power ballad ‘Something Mysterious’ (or should I say SURVIVOR’s ‘Burning Heart’ lost twin) cooled things again after so much energy. Then they delivered a one-two punch with ‘Paralyzed’, featuring some additional bongos and funky feeling and that infectious melody of ‘Can’t Be That Bad’, making people shake their booties once more. After a sugary and nostalgy overcoated ‘1998’, the band left the stage for a short break. 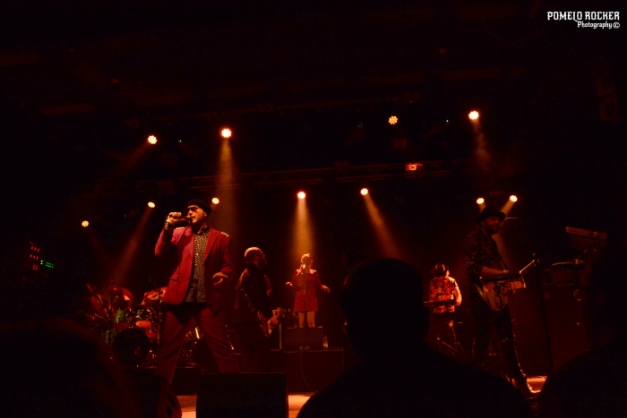 For the encore, they started with a furious version of ‘This Time’, which sounded almost metal for the standards of TNFO. One the best and heaviest tracks in their catalogue, for sure. ‘Lovers in the Rain’, on the other hand, made couples hold hands and kiss, building a romantic atmosphere. Before closing the show, Speed asked the audience to start a conga line, and the party train took over the floor while they played ‘West Ruth Ave’, with the remaining people in the crowd dancing to the boogey. After 80 minutes of first-class melodic rock, the aircraft took off for good, with the audience cheering at the top of their lungs.

Altogether, a very entertaining evening with two young promising bands full of potential and an international rising star in the melodic-rock department. It was a night full of nostalgia, which made some of the older people in the audience go back to their youth and allowed the younger ones to get a grasp of that glorious era of melodic rock that were the 70’s and 80’s. Although criticized by metal fans for being a bit too cheesy, THE NIGHT FLIGHT ORCHESTRA is growing with every release in terms of cohesiveness and musicianship, and their live performance is the definite proof of their talent and charisma. The Midnight Flyer continues its way to European festival and small clubs during the summer, so make sure to catch your flight! 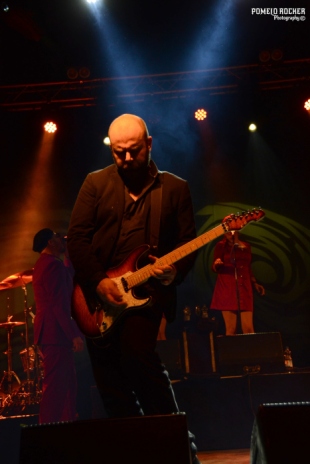 See all the photos HERE!