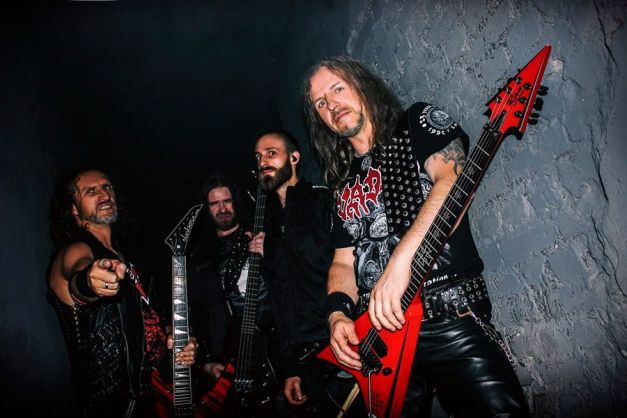 Polish extreme metal legends VADER are set to release their new EP titled “Thy Messenger” on May 31st via Nuclear Blast. Today, the band have revealed the lyric video for new track and digital single “Grand Deceiver”.

Check it out here:

Frontman Piotr “Peter” Wiwczarek stated:„We are so excited to give you new Vader song from our fresh record! „GRAND DECEIVER” is the opening track on „Thy Messenger” EP and perfect explanation of what you all may expect with the upcoming releases. Sharp as razor and brutal as Hell track is just an appetizer before the new Vader album to come .

Chris of Nuclear Blast created this brilliant lyric-video clip , which you can watch while waiting for „Thy Messenger”. Sit comfortably, play it LOUD and…ENJOY!!!” 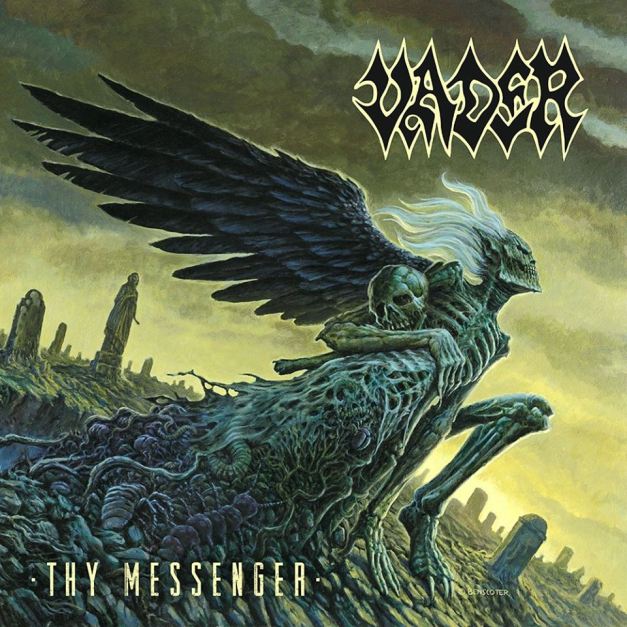 “Thy Messenger” was recorded over a week-long period in January and February at Hertz Studio in Białystok, Poland under the supervision of the Wiesławski Brothers. The cover art was painted by Wes Benscoter, who previously worked with VADER on the “De Profundis” LP and has collaborated with such bands as  SLAYER,  KREATOR  and SINISTER.

A new full VADER album will be recorded later this year for a tentative autumn release.

VADER, released their latest crushing album “The Empire” on November 4th 2016 via Nuclear Blast, and once again proved that their merciless riffs are made to unleash hell. “The Empire” was recorded at Hertz Studios in Bialystok, Poland and produced by Wojtek and Slawek Wieslawski. The stunning cover artwork was created by Joe Petagno (Led Zeppelin, Motörhead, Sodom).