HELHEIM, whose recently released album “Rignir” has been receiving plaudits from fans and reviewers alike, have just released a video for the title track. The video, by Romanian multi-media artist Costin Chioreanu can be seen here:

The album itself, entitled “Rignir” means rain, draws its inspiration from the weather in HELHEIM’s home town of Bergen, notorious for its high rainfall, and, once again the band has turned to their Norse heritage when writing the poems that form the lyrics for the album, using the ljóðaháttr, an Old Norse alliterative verse form used largely in the Eddas.

Collaborating with Costin has been an absolute honour and pleasure. The way he interpreted the song is nothing short of perfection and we tip our hats to the gentleman. He used our audio and lyrical canvas to paint the emotions we were trying to create. The circle is complete.

Chioreanu, who has a long history of working with Dark Essence Records, and their sister-label Karisma Records, spoke about what it was like to work with HELHEIM, a band he had long-admired:

I first discovered Helheim in the late 90’s after I found a bootleg cassette copy of their “Av norrøn ætt” album on the black market  in post-communist Romania. Their music has been around me since then and I’ve always been an admirer of how they have evolved.  After more than 20 years we finally met in Bucharest (coincidentally the same city where I first came across their music) to film a video, and we had such an amazing time doing it.

I would also like to say that my best videos and artworks are, strangely or not, those which I make for musicians who are true to themselves and enmesh perfectly with their work. Then, the vibe brought by our collaboration is warm and friendly. It’s as if the Universe wants to salute their dedication through my work, and such is the case with this music video, when everything in the making process was so magical that I felt the work was creating itself.

“Rignir” is available in CD, Blue Vinyl (limited to 500 copies), and Digital formats, from all the usual retailers and streaming services as well as directly from Dark Essence Records at the following:

More information about HELHEIM can be found on the band’s website at http://www.helheim.com or on Facebook at  http://www.facebook.com/helheimnorway 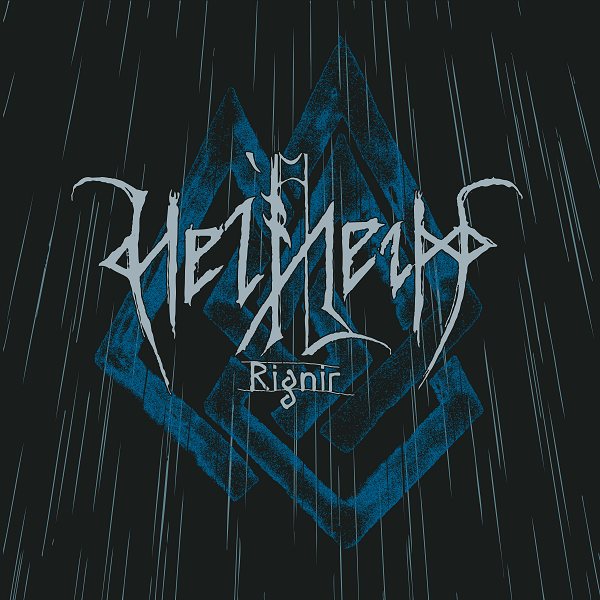