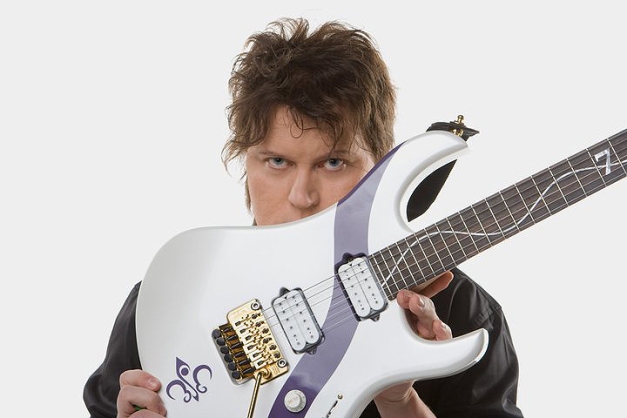 After a five-year break since “Angels of the Apocalypse”, Timo Tolkki announced earlier this year the release of the third part of his project AVALON. Following his departure from STRATOVARIUS, the iconic Finnish guitar player has embarked on a series of musical projects with rather inconsistent results. Regarding AVALON, while their debut album “The Land of New Hope” (2013) raised some interest among fans, the aforementioned “Angels of the Apocalypse” (2014) had a rather cold reception despite the quality of the musicians involved. The main critiques pointed to the poor production of the album, along with the lack of novelty in the songwriting.

In addition to Tolkki in lead guitars, “Return to Eden” includes a new line-up of Italian musicians: Aldo Lonobile (guitars, production), Giulio Capone (drums), Antonio Agate (keyboards) and Andrea Buratto (bass). Just like in the previous albums, the vocals are in charge of a fine selection of metal vocalists. However, this time they are all first-timers in AVALON, including Todd Michael Hall (RIOT V), Anneke van Giersbergen (ex-THE GATHERING, VUUR, solo), Mariangela Demurtas (TRISTANIA), Zak Stevens (SAVATAGE) and Eduard Hovinga (ex-ELEGY, MOTHER OF SIN). With this impressive list of singers and after such a long wait, I was quite excited to hear new material by the maestro.

The album opens with ‘Enlighten’, a solemn keyboard introduction with pompous orchestrations, evolving into heavy rain that settles the mood for the first cannonball. I’m talking about ‘Promises’. From its powerful initial riff and vertiginous guitar and keyboard arrangements we immediately know that we are facing an epic song, with all the elements that made Tolkki one of the most outstanding songwriters in power metal. The infectious vocal line, delivered masterfully by Todd Michael Hall, adds weight and strenght to a track that quickly emerges as one of the highlights of the album. It is no coincidence that Todd was chosen to take the microphone in the renovated RIOT V.

‘Return to Eden’ is a bit slower and stands out from an instrumental point of view with its interesting orchestrations that evocate Celtic sounds. Hall shines once more in vocals and Mariangela Demurtas surprises us for the first time with her sweet voice that fits the song perfectly. On the other hand, Zak Stevens’s contribution is a little less convincing, without ruining the song. ‘Hear My Call’ includes the outstanding contribution and unique style of Anneke van Giersbergen. Personally, I have no problem with AVALON’s music drifting away from traditional power metal, exploring a more melodic sound that resembles what Anneke has been doing in her solo career.

Next in line is ‘Now and Forever’, featuring once more the great Todd Michael Hall, who delivers a sublime vocal performance. The sound is closer to the style that Tolkki developed during his later years with STRATOVARIUS, staying in the mid-tempo area without many changes of intensity, making the song perhaps a bit repetitive and predictable. ‘Miles Away’ starts in a promising way with the unmistakable sound of the maestro’s guitar, an introduction full of soul that takes us back to the best moments of his career. The vocal performance by Zak Stevens disappoints me again, maybe it’s just a matter of taste, but I get the impression that the guy is singing without passion.

The album improves a lot with the furious ‘Limits’, a power metal blast right to the heart, featuring the powerful voice of Eduard Hovinga, which is very suitable for the song. The instrumentations are fast and flawless, mixing all the ingredients that define a classic track in this style, becoming another of the memorable moments of the record. ‘We Are the Ones’ features Anneke van Giersbergen, whose angelic voice brings dynamism and personality to an entertaining song, sticking once again to more melodic grounds compared to the rest of the album. ‘Godsend’ is a lukewarm ballad performed correctly by Mariangela Demurtas, but overall the song lacks innovative elements to make it remarkable.

‘Give Me Hope’ returns to the classic power metal sound, with the piercing voice of Eduard Hovinga. In terms of freshness and effectiveness, the song gets one step behind the other fast songs on the album. Something similar happens with ‘Wasted Dreams’, another collaboration by Zak Stevens, who delivers a more energetic performance this time, but not enough to make the song stand out from the rest. The closing track is the wonderful ‘Guiding Star’, one of my favorites in the record. In this song, all the pieces fall in the right place, with refreshing changes of intensity and atmosphere, a great guitar work by Tolkki, along with an impeccable vocal performance by Mariangela Demurtas.

“Return to Eden” is a substantial improvement compared to its predecessor in terms of production and songwriting, although it is far from a perfect album. Tolkki is still able to delight us with his guitar skills and delivers at least five outstanding tracks, but also runs easily out of fresh ideas, a pattern that has characterized his recent career. Most of the involved singers’ performances are beyond satisfactory, specially Todd Michael Hall and Anneke van Giersbergen. At the moment, we don’t know for sure what will be the next move in Tolkki‘s career, but this seems like a step in the right direction and will allow him to maintain his place as one of the most influential figures in the history of European power metal.