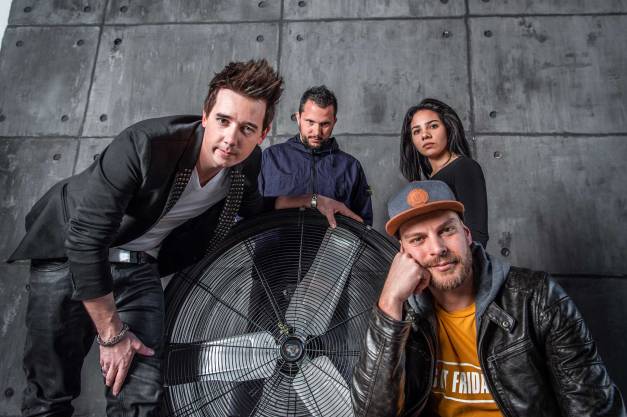 Swiss Rockers F.WAY released their debut full-length album “Anything But New” yesterday, on June 21st! To celebrate the debut, the band has unleashed the first single and official video “Fighter”, watch it here:

Order “Anything but new” here: http://fwaymusic.com/release/anything-but-new/

F.WAY titled their debut album “Anything but new” with self-irony. The title plays with the fact of the long preparation phase up to the release of the album and with the fact that F.WAY do not really invent something new with their Pop Rock music, but play a well-known music genre. But what has unfortunately been forgotten nowadays, F.WAY have paid special attention. With the songs the whole picture of the album was always kept in mind and so also the true origin of a music album was taken into account. The album “Anything but new” contains eleven tracks, all written by the band members Fabiano Wildi and Andrea Rusconi. It is therefore obvious that the songs tell a very personal story of their lives and this is certainly one of the reasons why the album “Anything but new” is an emotionally charged and powerful work. The album was arranged by Marco Guarnerio and Jonas Macullo and recorded in the JDM studios of Jonas Macullo. Jonas Macullo and Andrea Cosentino are responsible for the mix and the album was mastered by Unorthodox Sounds (Andrea Cosentino).