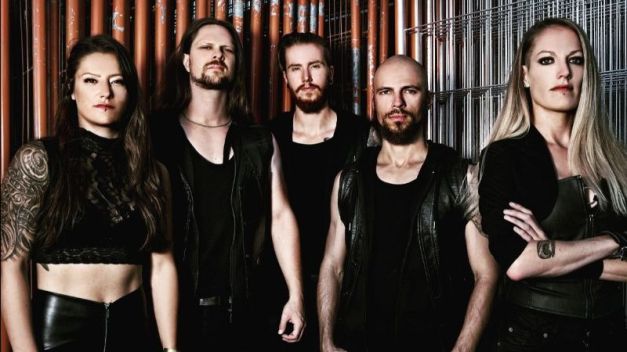 ‘Phobos‘ is the follow-up to 2014’s ‘The Deceived‘. With ‘Phobos’, Dictated is leaving behind their known-path of ‘old-school’, and add the purest of misery without the loss of their blast-beat ethics.

DICTATED comments on ‘Hypso’: “We invite you to enter the new unnerving death-metal universe of Dictated. We are beyond excited to give you a first glance at ‘Phobos’, with a brand new track and video. ‘Hypso’ is the very first of the eleven phobia’s represented on the album, and is known as the extreme fear of heights. And eventhough you may suffer from this pretty common phobia, we designed it to be a bit darker; the mind’s uncontrolable urge to take the leap….”

“The video also functions as an introduction to all fears that are represented on the album with which intensity increases towards the end. You might even hear a familiar voice in the track itself. The mighty Julien Truchan of Benighted offered his gutteral blessings for this one. Now sit back, relax and undergo the combination of death-metal adding mankind’s greatest fears!”

JULIEN TRUCHAN comments on ‘Hypso’: “I am so honoured and happy to appear as guest vocalist on the new album of my buddies Dictated ! These guys are amazing people and very talented musicians ! I fucking love this song and really enjoyed recording vocals on it ! Check the result of this fantastic piece of brutality !”

The video was made by Cor Baauw from Local Androids.