Posted by tarjavirmakari on September 18, 2019
Posted in: Int. News, News. Tagged: "Can You Keep A Secret?", 'Love For A Night', Chen Balbus, Orphaned Land, The Secret Saints. Leave a comment 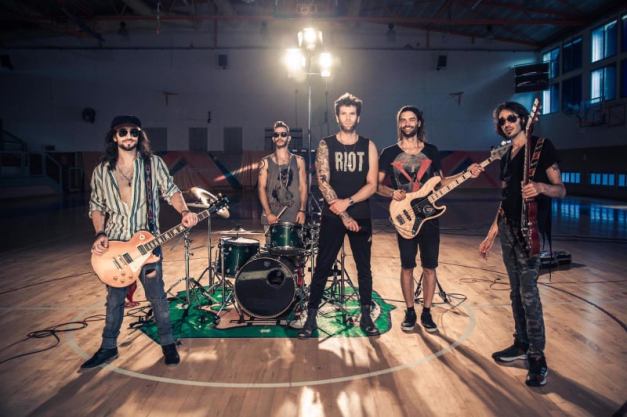 Israeli Rockers THE SECRET SAINTS – feat. ORPHANED LAND‘s guitarist Chen Balbus – have released their new single for the song ‘Love For A Night’, which will feature on debut album “Can You Keep A Secret?”, and it’s available to stream on Spotify and Apple Music. The video can be seen below.

The video for the song features Israeli actress Nesti Cherevko. Singer Tal Shachar wrote the lyrics two years ago about a woman with whom he was in a secret relationship. “She was amazing,” he said. “She had that magic inside her, that something in the eyes that I’m always looking for. It’s weird for me to say it because she was young and I knew that nothing serious could happen, but I wanted more from her. I think I actually had a crush for the first time in many year, but she didn’t want anything but a physical relationship. How’s that for a complaint?”

“After a while we didn’t talk anymore and the song is about that – like, you are the only one I want and, if you don’t want anything serious, at least let me be your love for a night.”